How to Make Cancer Face the Music 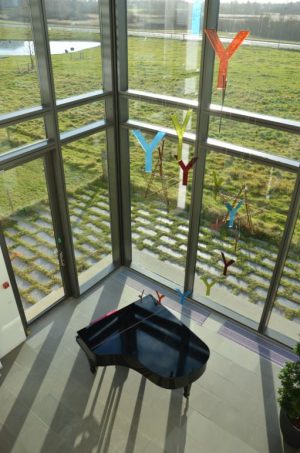 Antibodies are Y-shaped proteins produced by specialized cells of the body’s immune system. They are complex heterogeneous molecules approximately 150k Da in mass. Antibodies can identify and bind disease-specific antigens found on bacteria, viruses, and cancer cells. Once attached to the antigen, antibodies can recruit other parts of the immune system to help neutralize the cells containing the antigen. Monoclonal antibodies are a well-established drug class today used to treat many diseases, including cancer.

This ultra-targeted approach is akin to a piano: many keys, but only one plays the correct note.

Traditional chemotherapy cancer therapies are aggressive. They play all of the notes, all of the time – this can be damaging to the person receiving treatment. Modern personalized protein therapies, such as mAbs, allow targeted treatment and minimize off-target effects.

The challenge is that over time cancer adapts to a single drug. It changes its behavior and the cell signals from another receptor – it learns to silence the note. The cells adjust to treatments targeted at single receptors, consequently some single-mAb treatments developed to reduce cancer growth can be short lived and have low potency.

We can instead consider a combination of mAb drugs that each target a single receptor type, but in combination they block all of the signaling receptors in parallel. The treatment is still targeted and off-target effects minimal; however, the cancer is much less likely to be able to adapt to the treatment. 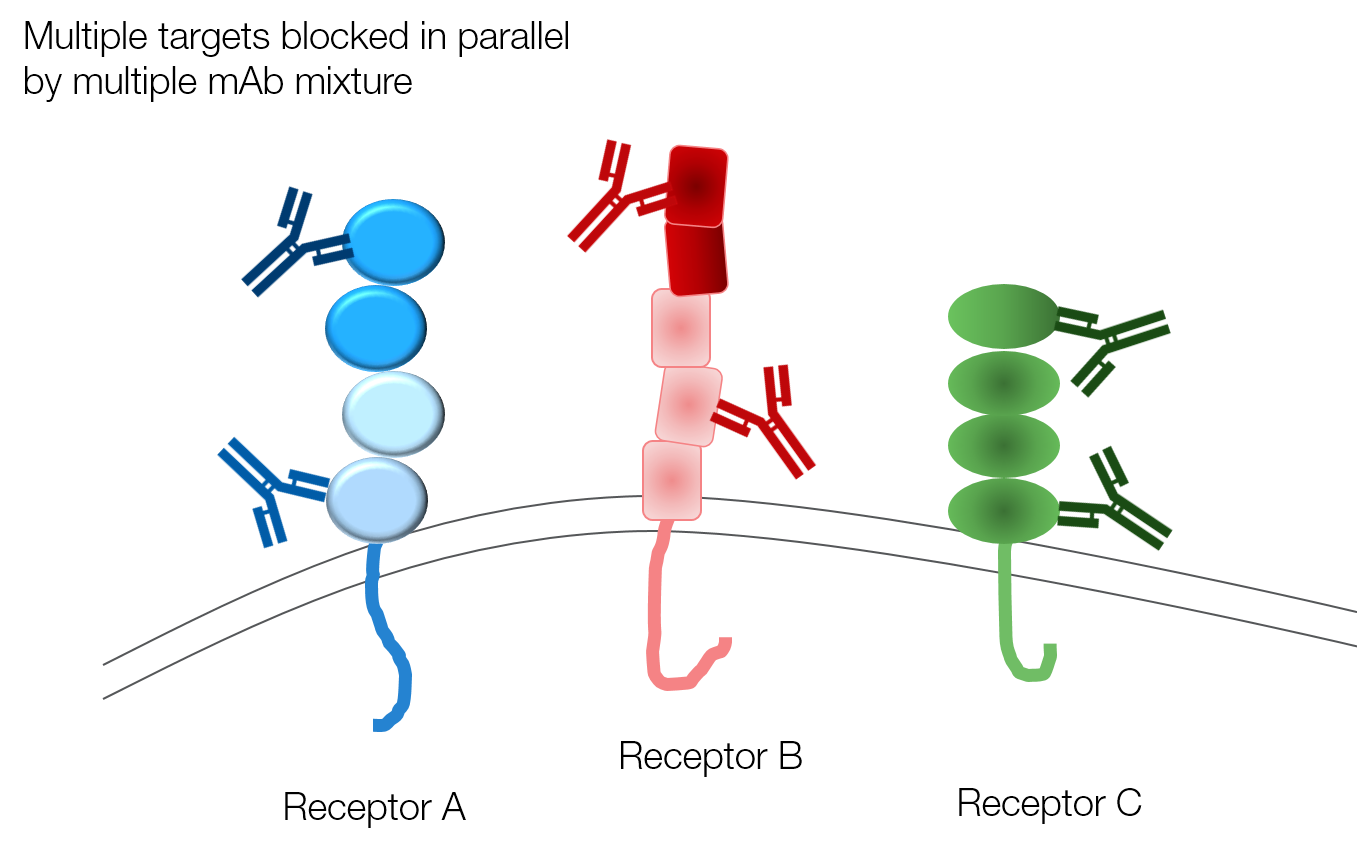 This is the concept being deployed by a Danish oncology-focused biopharmaceutical company, Symphogen, who use between two-six mAbs in their symphony drug treatments.

These novel mAb mixtures are being used in trials to treat some of the most aggressive and challenging cancers. Symphogen is dedicated to bringing novel mAb products to the market, creating optimally selected antibody mixtures in a single drug product. This concept is showing encouraging results in late stage clinical trials for several candidate products for Symphogen[i][ii][iii].

However, mAb mixtures present a unique challenge. Characterizing and controlling a drug product containing a single mAb is a complex process in itself. Combining multiple mAbs into a product exponentially increases the challenge of maintaining confident structural insight into the drug molecules, variants, degradants and impurities.

A key technology in characterizing and monitoring therapeutic mAb quality attributes is native mass spectrometry; analyzing the protein in a native-like state minimizes laboratory related changes to the molecule, such as denaturation and oxidation. However, when confronted with complex symphonies of mAbs, it becomes paramount to be able to chromatographically separate the individual drug molecules during analysis so that the variation, mass and degradation of each molecule can be understood both in development but also in stability studies and lot release. 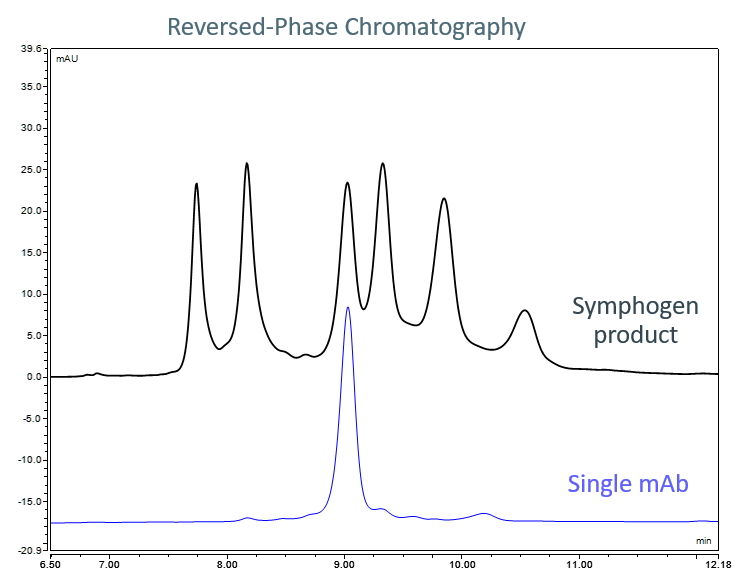 Protein denaturing reversed-phase separations hyphenate well to mass spectrometry and can be easily performed, but data interpretation can be challenging. Conversely, there are several analytical advantages to using non-denaturing chromatographic conditions – the most important of which is much simpler spectral interpretation.

However, most non-denaturing chromatographic techniques used for native-like separations of proteins, such as ion exchange or size exclusion chromatography, typically use salt-rich mobile phases, which are frustratingly incompatible with mass spectrometry. However, recently there have been several steps forward to making this combination possible, practical and robust.

Recently, Dan Bach Kristensen, principal investigator at Symphogen, shared some methodology in a webinar, available on demand. A recommended watch:

For more information on the use of CV-MS for the study of therapeutic proteins I recommend these recent papers: