3 Facts You Need to Know about Magnetic Sector Mass Spectrometers 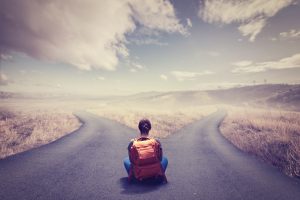 Sector field instruments can be considered the longest established type of mass spectrometry technology. Originally, it was also known as a ‘spectrograph’ because photographic plates are used in the detector. Magnetic sector is classified into single or double focusing.

A single focusing magnetic sector mass spectrometer contains only a magnetic sector; this allows the separation of ions based on their masses and kinetic energy (that is why it is considered a momentum analyzer). The achievable mass resolution with this set-up is limited.

In order to achieve higher mass resolution, a double-focusing magnetic sector mass spectrometer is necessary. In this case, the combination of two sectors, a magnetic and an electrostatic one, allows the separation of ions based only on their masses, independent from their kinetic energy.

2. Magnetic sector mass spectrometers were used for which applications?

Although over the years other alternative technologies were introduced, magnetic sector still is the core technology, recognized by official regulations, for dioxin and persistent organic pollutants (POPs) routine analysis. Read more about dioxins and POPs.

3. What are the unique technical features of magnetic sector mass spectrometry?

Moreover, sector field instruments typically operate with ion source accelerating voltages in the range of 5.000 to 10.000 Volts. This results in good transmission and with that good sensitivity for high masses.

Do you know more facts about magnetic sector mass spectrometers? Let us know them by sharing in the comments.

For more videos and resources about magnetic sector technology visit: thermofisher.com/GoldStandard or read the smart note about the advantages of magnetic sector instruments.

For dioxins and POPs analysis: Download the new resource guide containing information on the history of POPs, the implications of their early occurrence, and today’s analytical testing methods for their accurate determination in chemical laboratories as an introduction to this global issue.

If you want to know more about POPs in food take a look at the brochure.