Just what does Shakespeare mean in his 76th sonnet, when he refers to “compounds strange”?  In a recent paper1, anthropologist Francis Thackeray of the University of Witwatersrand (link to university page) in Johannesburg suggests the Bard may be alluding to more than oddly joined words.

Thackeray and a team of researchers from South Africa brought together literature and forensic gas chromatography-mass spectrometry (GC-MS) (link to GC page) to explore the smoking habits of 17th Century residents of Stratford-upon-Avon, where Shakespeare lived. Their findings, published in the South African Journal of Science (link to article), confirm historical records describing multiple types of “tobacco”—some psychotropic—introduced into Europe during Elizabethan times. However, the record remains unclear on whether Shakespeare himself partook in the medicinal experimentation of his era.

“Literary analyses and chemical science can be mutually beneficial, bringing the arts and the sciences together in an effort to better understand Shakespeare and his contemporaries.”

Invention in a Noted Weed

The literary argument focuses on brief and ambiguous allusions in Shakespeare’s sonnets and plays, in which he refers to what could be drugs or altered states of consciousness. In a series of online essays3-5, Thackeray emphasizes several phrases in Sonnet 76, in boldface here:

Why is my verse so barren of new pride?

So far from variation or quick change?

Why with the time do I not glance aside

To new-found methods and to compounds strange?

Why write I still all one, ever the same,

And keep invention in a noted weed,

That every word doth almost tell my name,

Showing their birth and where they did proceed?

As one interpretation (link to Shakespeare Online) has it6, the poet is responding to a colleague who criticized his work as lacking novelty. By “compounds strange,” he may be eschewing invented compound words, used by one of his known rivals. In that reading, “noted weed” means familiar clothing, so that “keep invention in a noted weed” could mean Shakespeare intends to continue composing in his usual style.

Thackeray argues the Bard might be using wordplay to sneak in some double-entendre. In addition to the meanings above, he suggests, “invention in a noted weed” could indicate creativity under the influence of cannabis, while “compounds strange” might indicate stronger drugs that the poet may prefer to avoid.1,4 Thackeray also calls out the line “that every word doth almost spell my name” as a possible allusion to the word “shake,” a slang term for cannabis in England.3,5 Shakespeare makes no explicit mention of drugs, perhaps, Thackeray argues, due to a decree by Pope Innocent VIII, associating cannabis with witchcraft.3,4

A Smoke Rais’d with the Fume of… Helium

Inspired to seek physical evidence, Thackeray and colleagues examined organic residues from 24 pipe fragments excavated from Shakespeare’s garden at New Place, where he lived until his death in 1616, and adjacent areas.1,2 The pipe fragments, on loan from the Shakespeare Birthplace Trust in Stratford-upon-Avon, date to the 17th Century based on style, shape and size.

The research team—including Thackeray, Professor Nicholas van der Merwe of the University of Cape Town, and Inspector Tommy van der Merwe of the South African Forensic Science Laboratory— performed forensic GC-MS at a narcotics lab of the South African Police to examine plant residues from the insides of the 400-year-old pipe bowls and stems. They treated residue from the interiors of the pipe bowls or stems in chloroform to extract organics, which were then concentrated and suspended in solvent for analysis by GC-MS. Using helium gas as carrier, the team injected the sample at 250 °C for separation on a 0.25 mm capillary column, using a program of temperature steps. Compounds were identified based on mass-to-charge ratio and relative abundances of reference samples in the Wiley electronic library.

The team located a number of substances with high probability, notably:

Substances with mass:charge ratios of cannabis byproducts—especially cannabidiol, at 314 m/z—were present, but at low intensities. Cannabis degrades relatively quickly and can be tough to find in combustion products. However, the authors note that byproducts of heating cannabis, such as cannabidiol and cannabinol, have previously been found in samples as old as 600 years.

Rumor is a Pipe…

The results confirm the diversity of plants smoked in England during Elizabethan times. According to John Gerard’s Herbal, published in 1597, many types of tobacco were introduced to the Europe of Shakespeare’s time by explorers such as Sir Francis Drake and Sir Walter Raleigh, including nicotiana—the type contained in modern cigars—and erythroxylum from Peru, containing cocaine.

At least one of the pipe fragments contained evidence of nicotine leaves. Two fragments from near, but not within, Shakespeare’s garden contained evidence of coca leaf smoke. Eight fragments—four from the Bard’s gardens—contained the low-intensity signs of cannabis. Availability of cannabis would not be surprising; hemp was used widely in the production of rope, clothing, and paper, and marijuana was used to treat some medical conditions in Shakespeare’s day.

Shakespeare lived at New Place with his son-in-law, Dr John Hall, who would have had access to imported medicines. For example, nutmeg, found on some pipe fragments, was sometimes used medicinally, and was noted in John Hall’s records.

The authors of the pipe study stop short of concluding that Shakespeare himself partook of any of the fancier “tobaccos” revealed in their studies, but conclude that he would at least have had knowledge of them.

Rumour is a pipe
Blown by surmises, jealousies, conjectures
And of so easy and so plain a stop
That the blunt monster with uncounted heads,
The still-discordant wavering multitude,
Can play upon it.

For more on GC analysis for alcohol, pharmaceuticals, and organic compounds, see:

GC with flame ionization detection for alcohol, and residual solvents in pharmaceuticals: 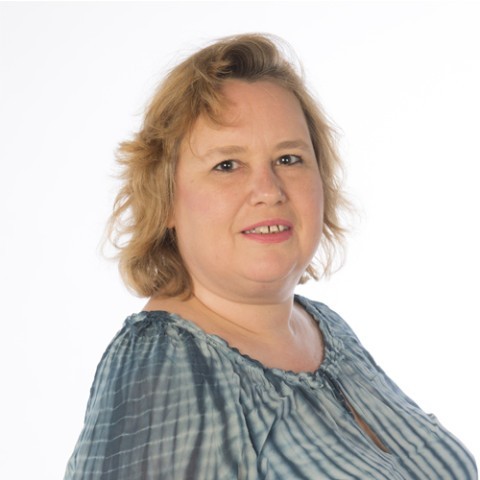