A Cup of Tea with an Infusion of Undesirable Toxic Contaminants? 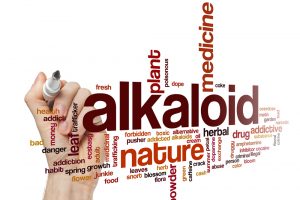 Tea is one of the most popular beverages in the world with an estimated 3 billion cups consumed daily worldwide. Its popularity is not surprising since tea is promoted to have health benefits and drinking tea during a break is often a relaxing experience. Indeed tea contains many beneficial phytochemicals such as flavonoids, epigallocatechin and other antioxidants, and theanine, a psychoactive chemical thought to reduce stress. But are you aware that teas can also contain undesirable residues and contaminants, such as pesticides and naturally occurring plant toxins, including pyrrolizidine alkaloids (PAs). At high concentrations some PAs can cause liver damage and some of the 1,2-unsaturated PAs have proved to be carcinogenic in animal studies. A number of PAs have been reported to occur at high levels in some varieties of traditional teas made from the cured leaves of the tea plant and herbal teas which are despite the name are actually infusions of of leaves, seeds , root or bark extracted in hot water.

Pyrrolizidine alkaloids (PAs) are naturally occurring toxins produced by plants as a defense mechanism to protect against herbivores. More than 600 different compounds and their N-oxides have been detected from analysis of more than 350 plant species all over the world. PAs occur in tea, especially herbal teas, as a result of contamination with PA-producing plants (weeds) during harvest. PAs have also been detected in honey, milk spices, herbs, salad leaves, and in dietary supplements containing pollen or those prepared using plants that produce PAs. Bee products can be contaminated with PAs originating from wild plants (e.g. Echium, Senecio and Borago species) from which the bees collect contaminated pollen.

The Federal Institute for Risk Assessment (BfR) has conducted a number of research projects on PAs. A high frequency (> 80%) of total PA concentrations above the limits of detection was reported in a variety of teas including peppermint, chamomile, baby fennel, nettle, and melissa.

High levels of PAs were also detected in green tea, rooibos tea and black tea, but the frequency data were not given because of the low number of samples tested.

The highest average PA levels were around 500 and 700 µg/kg in chamomile and melissa respectively.

The Risk to Consumers?

Contaminated teas, including rooibos, black tea, green tea, and honey, are the main sources through which the majority of consumers can ingest PAs.

The PAs contained in foods can constitute a potential health hazard for children and adults if ingested over longer periods of time (chronic), but no acute health risks are envisaged. Frequent consumption of products with high levels of PAs could possibly result in an increased cancer risk.

It is suggested that the potential risk for the consumer can be reduced varying their consumption of teas alternatively with other beverages. This is a general recommendation, but is especially pertinent to children and pregnant or breastfeeding women.

Another recommendation is that producers should test the PA content in tea and herbal tea batches prior to market, and food control authorities should analyse PA levels in teas and herbal teas available on the market. However, there are issues with enforcement: no legal limit values currently exist for PAs in food and feeds, and the analysis of PAs in these matrices is extremely challenging. Available methods tend to have a limited scope in terms of the number of compounds that can be analysed.

A major issue is the fact that only a limited number of the known PA compounds are available as standard reference materials, and even when standards are available the analysis is not always successful. EFSA recommended the development of more sensitive analytical methods and the need to define performance criteria for the analysis of the most relevant PAs in food.

A number of researchers have employed LC-Orbitrap technology for the analysis of PAs. The high resolving power, excellent mass accuracy and flexible fragmentation options of LC-Orbitrap technology provide a number of unique benefits. These include improved mass resolution of the analyte from co-eluting co-extractive compounds and a greater possibility of determining candidate structures and identities of unexpected or unknown compounds for which reference standards are not available. For example, Zbynek Dzuman et al published a paper titled Multi-analyte high performance liquid chromatography coupled to high resolution tandem mass spectrometry method for control of pesticide residues, mycotoxins, and pyrrolizidine alkaloids in a single method. The same work was also described in a webinar.

Watch this video poster presentation by Dr. Tiziana Nardin on the Rapid Target and Untargeted Analytical Method for Alkaloids Analysis in Herbal Extracts. A method for the identification of about 300 alkaloids, belonging to 14 chemical groups, in herb extracts is described.

So, after studying the information, will I stop drinking tea? Absolutely not, but I will alternate tea drinking with beer drinking more often! Also, I will purchase any herbal teas from reputable retailers and not from random sources on the internet.

Further answers to frequently asked questions on pyrrolizidine alkaloids in foods is available in a Q&A document  published by the BfR.

For more information on the analysis of residues and contaminants in food visit our food and beverage testing pages.

January 15, 2018 at 8:27 am
How South Indian black tea contaminated with Pyrrolizidine Alkaloid?. Can you explain the possible source of Contamination?

February 21, 2018 at 12:51 pm
I have re-read the post and South Indian Black Tea was not mentioned. In fact the origin of the tea was not stated by either BfR or the European Food Safety authority who issued the various reports referenced. The blog post also mentions the fact that only a relatively small number of samples were tested. As stated in the introduction section, the most likely reason for the presence of pyrrolizidine alkaloids in tea samples tested is a result of contamination with PA-producing plants (weeds) during harvest. Hope this is helpful!