L-glutamic acid is a good amino acid that is found in most high-protein foods, such as cheese, sausage, and soy beans. It plays an important metabolic role during exercise and has been shown to enhance performance.

However, when its negative ionic form, glutamate, joins forces with sodium salt, it is altered into a bad amino acid known as Monosodium Glutamate (MSG), typically composed of 78% glutamate, 12% sodium, and 10% water. For some, MSG acts as a performance–inhibiting food additive. For those with a predisposition to allergies, MSG may be a life-threatening substance.

In 1995, an FDA Commission report acknowledged that an unknown percentage (now estimated at 15%) of the population could respond to the consumption of MSG with symptoms ranging from headache, nausea, drowsiness, or sweating to more severe symptoms like a rapid heartbeat, bronchospasm, or chest pain. It has recently become known as a contributing factor to obesity, migraines, and ADHD.

Doctors have commonly called this combination of MSG-induced symptoms the Chinese Restaurant Syndrome, but its effects are not limited to Chinese food. It is hypothesized that in humans symptoms are related to a sodium–potassium imbalance or due to the absence of enzymes needed to metabolize this sodium-rich anion.

A 1995 report by the Federation of American Societies for Experimental Biology (FASEB) identified people with poorly controlled asthma as one group that could develop the MSG symptom complex. They found an MSG dosage ranging from 0.5 to 2.5 grams was all that was required. Symptoms occurred within one hour after consuming a meal containing MSG on an empty stomach. Reactions were most likely when MSG was consumed in a clear soup or in large quantity.

Protein-rich foods, such as canned vegetables, soups, and processed meats, often contain a form of MSG produced through a man-made process called hydrolysis. It is used as a food additive in the production of sausages or a flavor enhancer for frozen or dried products providing a sweet-salty taste.

Knowledge of the amount of L-glutamic acid present in a particular food is of interest during the ripening of plants, to monitor food production, and to control the cheese making process.

Analysis of Monosodium Glutamate in Foods

A new system reagent kit that measures L-glutamic acid has recently been introduced for use with the discrete photometric analyzer (Thermo Scientific Gallery analyzer). Since the analyzer prefers to measure homogeneous liquid samples, the kit offers full instructions for sample preparation of foods, such as meat, vegetables, and fruit.

Dilutions required by the method are automated by the instrument and the easy to use test kit contains all the required reagents including a test standard.

Do check out our Food Community which is a wonderful resource totally dedicated to our Food and Beverage customers featuring the latest on-demand webinars, videos, application notes, and more.

Are food additives and discrete photometric analysis methods of interest to your laboratory? If so, I would like to hear about your thoughts and experiences. 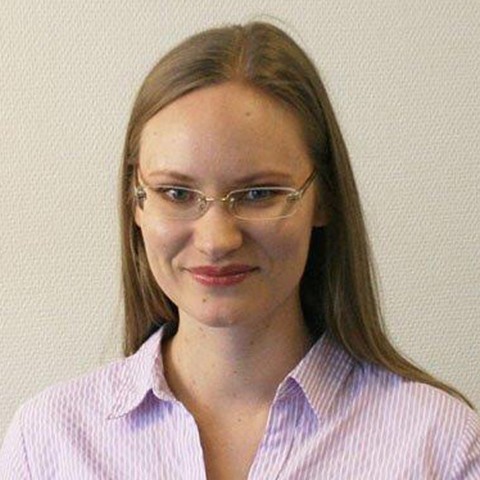 September 1, 2015 at 1:44 am
This is a regurgitation of the myths about MSG propogated in the 1980/90s. We have moved on in our knowledge base since then. Firstly MSG occurs in all savoury foods - naturally along with other salts like KSG. The Joint FAO/WHO Expert Committee on Food Additives has concluded that "On the basis of available data (chemical, biochemical, toxicological, and other), the total dietary intake of glutamates arising from their use at the levels necessary to achieve the desired technological effect and from their acceptable background in food do not, in the opinion of the Committee, represent a hazard to health." Also "Controlled double-blind crossover trials have failed to demonstrate an unequivocal relationship between ‘Chinese Restaurant Syndrome’ and consumption of MSG. MSG has not been shown to provoke bronchoconstriction in asthmatics." CRS has now been attributed to the toxins produced by bacillus cereus which are released by reheating rice - a common source of this pathogen and a habit practiced by some restaurants that serve rice. To continue to propagate the myth about MSG and CRS is highly irresponsible and deleterious to the NHS who have to deal with people with imaginary allergies costing us all.

September 4, 2015 at 3:52 pm
This blog post was intended to focus on the presence of L-glutamic acid in food, as one of the acidic amino acids considered non-essential to healthy human metabolism. It is widely distributed and naturally occurring in protein-rich food, including cheese, poultry, sausage, fish, eggs, and soy beans, which yield as much as 45% of their weight as glutamic acid. Knowledge of the content of L-glutamic acid is of interest to food producers during the ripening of plants such as sugar beets, to monitor food production, and to control the cheese making process.

December 4, 2020 at 12:26 pm
Very True information about Glutamate and L amino acids, All amino acids except for glycine are stereoisomers. Most of the amino acids that are manufactured today are L-amino acids. Read more about L amino acids https://www.ajinomoto.com/aboutus/amino_acids/what-are-l-d-and-dl-amino-acids