Analytical and Preparative Liquid Chromatography – What Are the Main Differences? 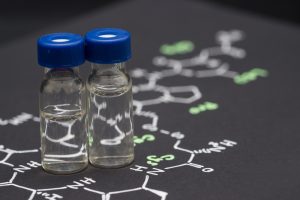 Liquid chromatography is just liquid chromatography, right? Wrong. Liquid chromatography can come in many disguises, with analytical and preparative liquid chromatography (LC) being the most common. Over the years I have been involved with both preparative and analytical LC and have witnessed first-hand some of the main differences between the two techniques which I will overview in this article by looking at certain parameters. One of the most enlightening moments on this topic came a few years back when a colleague and I were teaching a new colleague on a preparative LC system. The new colleague’s background was purely analytical LC and was aghast at some of the things we were saying and doing. That’s when it really hit home; there are some fundamental differences between the two. A more recent analogy of the differences came apparent to me while my wife and I were making pumpkin soup; her approach is much more preparative, mine more analytical, I have to say. I’ll explain the reason why at the end.

Goals of Preparative and Analytical LC

The main area where the two techniques differ is the actual goal of each technique. With preparative LC the main goal is to purify and collect your molecule(s) of interest from all other contaminants in your sample for future use. That future use could be for research purposes or to use that molecule as a food supplement, pharmaceutical or biotherapeutic for example. The aim is to purify the molecule quickly, obtain a high yield and good purity (although any preparative chromatographer will know there is usually a trade-off between purity, yield and speed). Conversely with analytical LC the goal is to identify and perform qualitative and quantitative analysis of the compound(s) in the sample mixture.

These differing goals also bring about some other difference between the two techniques: in preparative LC, as the goal is to purify and collect your compound or molecule fraction, collection is required, but in analytical LC, as the goal is qualitative and quantitative analysis, the compounds (and the rest of the sample) are simply diverted to waste or to a ‘destructive’ detector such as a mass spectrometer or charged aerosol detector. The goals also usually bring about differences in sample volumes in that with preparative LC where yield is important then typically (but not always) the sample volume is quite large (millilitres to litres) when the outcome is to purify compounds in the milligram to gram range, while in analytical LC sample volumes tend to be small (a few microliters or less) as this is sufficient for compound identification and analysis.

In preparative LC, where the primary goal is to separate and collect pure protein with a high yield as fast as possible then this dictates a larger column diameter, typically in the range of 50 – 200 mm to achieve the required throughput and capacity. To increase the capacity of the column the options are to increase the diameter or the length of the column (increasing column length can also aid purity). The stationary phase packed in to the column are typically 10 microns and above and permit flow rates in the tens of millilitres per minute depending on the column size and throughput required. When all of these parameters are combined together the observed chromatogram tends to contain peaks that are broader and less defined than in analytical LC.

As you would expect, analytical LC is almost the exact opposite as the goal is centred on clearly resolving individual peaks and having a high peak capacity for identification and analysis. Typical analytical LC columns have a diameter between 4.6 to 2.1 mm packed with particles of 5 microns or less inside; an example being the Thermo Scientific™ Accucore™ Vanquish™ column with 1.5 µm solid-core particles. With smaller inner diameter columns and smaller particles comes a reduction in flow rate, typically under 2 millilitres per minute, and sharper, more defined, peaks in the chromatogram. The smaller column diameters and particles, in conjunction with a relatively high flow rate, in proportion give a much higher backpressure which characterises analytical LC and why it is often also referred to as HPLC. The HPLC acronym, used to refer to “High-Pressure Liquid Chromatography,” or now more commonly “High-Performance Liquid Chromatography” is used. You may also know UHPLC, the ‘U’ standing for “Ultra.”

When it comes to column chemistries, it is hard to define hard and fast rules as the same chemistries and applications can be used in both preparative and analytical LC, ion-exchange chromatography being a good example. The goals of the two approaches do favour particular chemistries and applications though. In preparative LC, where purity and yield are important, then affinity resins such as Protein A are common, especially in protein purification where highly specific binding can aid purity. In analytical LC, reverse-phase chemistries such as C18 are the first-choice with mixed-mode chemistries gaining popularity for demanding separations, however all chemistries can be run on both, after method development and optimisation.

The biggest difference between a preparative and analytical LC system is the system backpressures. In analytical LC, with relatively high flow rates compared to small column diameters and particles, backpressures can get very high. Typical HPLC/UHPLC backpressures can range anywhere from 100 -1500 bar and subsequently the system and pumps need to withstand and operate reliably under these pressures. Conversely on standard preparative LC systems that utilise large column diameters and particles, 10 bar and under is more common.

Dispersion is a common problem for both techniques, but is more of an issue with analytical LC where sharp, well-resolved peaks from complex mixtures are required compared to affinity-based preparative separation where some peak broadening is less of a problem. To reduce dispersion in HPLC and UHPLC systems narrow diameter tubing is used and path lengths are kept as short as possible. This considerably increases the backpressure and is why wider tubing is used in preparative LC.

Additional modules also differ in preparative and analytical LC systems. At the beginning we defined the goal of preparative LC as being purifying and collecting molecules, hence a fraction collector is used in preparative LC to collect the purified molecule, but not so common in analytical LC apart from in some advanced applications. In preparative LC, sample numbers are small, but volumes are large and subsequently sample injection is manual via a sample loop or with the aid of a simple peristaltic pump. With analytical LC, sample numbers are higher and volumes lower, so an autosampler is typically used. Finally, in preparative LC where the purified compound is required for future use, non-destructive detection methods are used, commonly UV, but also fluorescence and refractive index. Whilst these detectors are also common in analytical LC, additional destructive detectors such as mass spectrometry and charged aerosol detection can be connected to the system to provide the user with more in depth information of the sample.

I’ve only really scratched the surface of this topic in this article, but what is clear is that while the two techniques have some noticeable differences, they are somewhat similar, complementary and are often used alongside each other. Analytical LC is often used to assess the purity and purification performed by preparative LC and preparative applications are often initially performed at an analytical level and then scaled-up to the preparative scale.

Coming back to the pumpkin soup, the reason why I see the wife’s approach to be more preparative is that her approach is all big volumes, speed and that’s good enough (and quite messy), whilst I am more analytical; smaller volumes, but more ‘samples’, less about speed and more about precision (and a lot less messy!). I do hope she doesn’t read this…