Blue baby syndrome can happen to infants with congenital heart defects, or can be caused by nitrate contamination in drinking water inadvertently used to make infant formula. When babies drink such formula, up to 10% of the ingested nitrate can be converted to nitrite in the digestive system, compared to only 5% in adults. Nitrite then oxidizes the iron (normally in ferrous state) carried by the hemoglobin of the red blood cells; the resultant ferric-carrying hemoglobin, also called methemoglobin, loses the ability to carry sufficient oxygen to organs and tissues. As a result, baby’s fingertips and the area around the eyes become blue due to lack of oxygen – a condition called methemoglobinemia, or “blue baby syndrome.” If the level of methemoglobin accounts for >50% of the total hemoglobin, it may lead to coma or even death. The risk for nitrate-contaminated water was reexamined recently and is well worth reading about.

Who Needs to Be Concerned about Nitrate Contaminated Water?

In general, all people need to avoid consuming nitrate-contaminated drinking water.  Nitrate and nitrite can react with amines in the body to form nitrosamine, a known carcinogen.  However, the following members of the population need to be particularly cautious about methemoglobinemia:

Healthy adults and older children do not need to worry about methemoglobinemia, as they can convert methemoglobin back to hemoglobin. So how do you know if your drinking water contains nitrate? Keep reading.

How Does Drinking Water Get Contaminated?

In the U.S., more than 50% of the population uses groundwater as the drinking water source while the remaining 50% uses surface water from rivers and lakes. For people who use public water systems, the water has been tested and treated to prevent nitrate contamination regardless of the source. However, well water is not required to be tested and treated. People drinking well water may assume their water is safe even without testing it.

In 1997, more than 15 million people in the U.S. were receiving their drinking water from private wells with groundwater sources. In 2005, the USGS estimated percentage of populations in all the states that use private wells for drinking water, from the lowest Utah (3%) to the highest Maine (42%).

What Are Nitrate Regulations for Clean Drinking Water?

In the United States, the Safe Drinking Water Act (SDWA) requires the EPA to set drinking water standards to protect public health; the EPA requires all public water systems to test their drinking water regularly for a specific set of contaminants. Currently, the EPA regulates more than 90 drinking water contaminants including, but not limited to, inorganic ions, metals, disinfection byproducts, and organic contaminants. Inorganic anions, such as nitrate, nitrite, and fluoride are on the National Primary Drinking Water Regulations (NPDWR) list. For nitrate, the Maximum Contaminant Level (MCL) is set at 10 ppm (mg/L).  Any drinking water containing nitrates at concentrations higher than the 10 ppm is considered as nitrate-contaminated water and must be treated before drinking. However, this federal regulation does not apply to privately owned, self-supplied drinking water systems that draw water directly from groundwater. It is the responsibility of the owners to test and treat their well pollutants.

In Europe, the EU Water Framework Directive (EU WFD) outlines strategies for all member states to regulate water pollutants and protect surface water. The Groundwater Directive in 2006 set a limit for nitrate at 50 ppm. Nitrates Directive is an important part of EU WFD and protects water pollution of surface and ground waters from agricultural activities by promoting good farming practices. The 2010 report on Nitrates Directives revealed the expanded monitoring network for nitrates found a falling trend of nitrates in both surface and groundwater across all the EU members.

How Do You Measure Nitrate in Drinking Water?

Different techniques can be used for analysis of nitrate in drinking water. Ion chromatography is commonly used by public water systems for compliance monitoring of inorganic anions and cations. EPA Methods 300.0 (A) and 300.1 (A), demonstrated in this application note, are used for separation and quantitation of multiple common anions, including fluoride, chloride, nitrate, nitrite, phosphate, and sulfate in as little as 15 minutes. In addition, if only nitrate is to be determined, an ion-selective electrode method, which is an EPA-compliant test procedure, can also be used to directly read nitrate in drinking water.

Other additional methods that I want to mention are used for the analysis of nitrate from surface, ground and wastewater. These methods have not been approved for use by the EPA for drinking water; however, they are useful for monitoring nitrate levels in other waters. One is the colorimetry method which utilizes a colorimeter, and the other is to use a discrete analyzer to measure the nitrate using hydrazine, enzymatic, or vanadium methods. These methods replace the toxic cadmium reduction method without sacrificing sensitivity and accuracy. 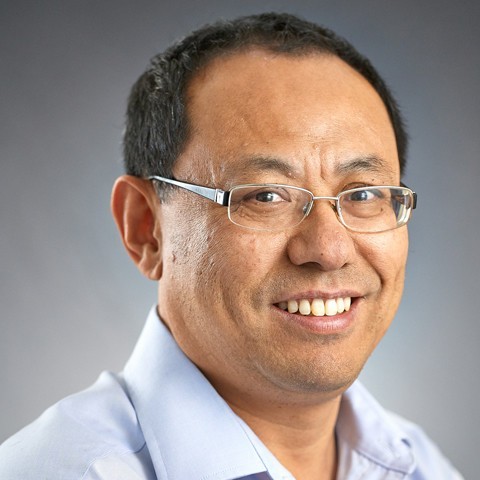