Strawberries are well on their way to becoming California’s newest celebrity as indicated by the two strawberries-related stories that have been much in the news in California this year. First, there have been serious disagreements between a university and the scientist running the university’s strawberry breeding program to the extent of the media labeling it as a feud (see links to stories below). The second debate formed around the use of certain pesticides in California. This led to California’s Department of Pesticide Regulation establishing the the nation’s strictest limits on chloropicrin, a pesticide commonly injected into soil before strawberries are planted. (Links to the California Department of Pesticide Regulation page and their chloropicrin page.) Both stories are causing much interest and concern in the strawberry-growing community.

I did not realize that more than half of supermarket strawberries have their ancestry at The University of California, Davis. The breeding program at the university develops and patents new varieties and makes them available to any grower who wants to buy them. This has been quite lucrative for the university, bringing in millions in royalties, $50 million between 2004 and 2013. It was also lucrative for Douglas Shaw, the co-inventor of these popular strawberry varieties. Shaw quit the program about a year ago claiming the university did not commercialize the products well enough, which meant he wasn’t earning as much of those royalties as he felt he deserved. Shaw is now starting his own company, which will compete with the university. As per some news stories, the University of California considered shutting down its breeding program when Shaw left, and this resulted in the California Strawberry Commission getting involved and issuing a legal challenge to the university which in turn issued its own challenge. It appears that this month both sides have announced an agreement. As a result of this agreement, the University of California at Davis has hired Steven Knapp, formerly of Oregon State University, to design what the university has called a 21st century breeding program.

Articles on the story can be found at the following links:

Now, to the bit about the chloropicrin limits. This regulation has particularly impacted strawberry growers in California as the state produces 88% of the nation’s strawberries, according to the Los Angeles Times article, titled, State puts limits on a pesticide used for strawberries, other crops (link to article). Chloropicrin is generally applied to the soil as a fumigant before crops are planted to control nematodes, fungi, and microbes. The fumes of chloropicrin are akin to tear gas; they are powerful eye and respiratory tract irritants. Concerns over the application of the pesticide near schools and homes eventually led to the stricter regulation. As expected, because pesticide use is a highly debated topic, there has been much commentary on the decision, elevating strawberries to celebrity status in 2015. For example, the California Strawberry Commission argues that the new regulations will impact strawberry growers’ costs and therefore increase strawberry prices, according to this Chemical and Engineering News article, titled, California Limits Use of Pesticide Chloropicrin as a Soil Fumigant (link to article). Others feel that the new limits are not enough, and that chloropicrin should be completely banned, such as outlined in this Huffington Post article ,titled, Safer Strawberries or False Choices? (link to article)

For food safety scientists and labs looking for fast solutions for multi-residue pesticides analysis methods, I am pleased to share some resources with you:

Also be sure to check out our online Food Community which is a comprehensive resource dedicated to our Food and Beverage customers and features the latest on-demand webinars, videos, application notes, and more.

What are your challenges in pesticides residue testing? Let us know using the Comments box below and we’ll try to cover the topics in our following blog posts.

Jennifer Massi is a former genomics scientist who contributed to the sequencing of the human genome through the Human Genome Project and now works on connecting laboratories with food safety testing workflows. Her journey from science research to marketing has spanned developing marketing strategies for consumables for genomics and proteomics, developing educational programs for sample preparation, chromatography, and mass spectrometry, and developing relationships with regulatory agencies and key opinion leaders. Jennifer is a market development manager for the food and beverage markets in the chromatography and mass spectrometry division at Thermo Fisher Scientific.Jennifer completed her B.S. in Biochemistry & Molecular Biology, Honors at UC Santa Cruz and received an M.B.A., Honors from Saint Mary’s College of California. 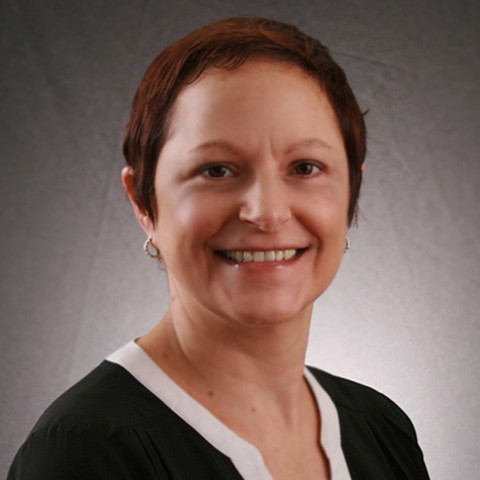