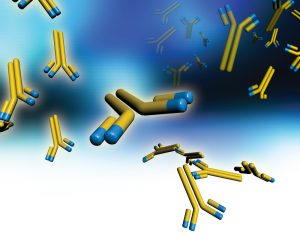 As you can see there are a variety of different biomolecules and approaches being developed as biopharmaceuticals, however what both current and future biopharmaceuticals have in common is that they are complex molecules that are more often than not produced in a living organism which creates a host of additional problems compared to relatively straightforward chemical synthesis of small molecule drugs. This complexity necessitates thorough characterisation of the biomolecule at all stages from development, manufacture through to formulation.

The complexity of a biopharmaceutical can manifest itself in many ways, but post-translational modifications (PTMs) are the most common. Even relatively minor omissions, additions or pattern changes of PTMs can have a dramatic effect on the biopharmaceutical function, hence the need for complete characterisation to ensure efficacy and safety.

Depending on the challenge, an array of technologies can be used for characterisation, however many workflows contain UHPLC (ultra high-performance liquid chromatography) and mass spectrometry (MS) as these technologies alone or in combination can yield enormous amounts of information on the biomolecule and its PTMs.

April 19, 2017 at 12:31 pm
Nice review Tim, thank you. If I could add a note, biosimilars are "functional" copies, because they are different from the originator. I've shared this one with some of my contacts. Fabio