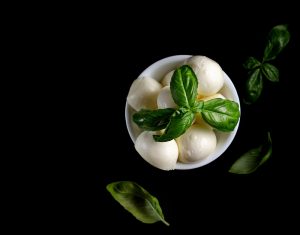 In a recent scientific paper, “On persistent organic pollutants in Italy – From Seveso to the Stockholm Convention and beyond,” the history of dioxin research has highlighted the key role of Italy for the development of current regulations.

This paper was written on the 40th anniversary of the Seveso dioxin disaster. In 1976, an industrial accident occurred in a small chemical manufacturing plant located in Seveso (north of Milan) and resulted in the highest identified exposure to toxic products in a residential population; the chemical was 2,3,7,8-tetrachlorodibenzo-p-dioxin, commonly known as TCDD. Despite the gravity of the incident, the scientific community only then began to further their studies of the effects of contamination by dioxins and POPs and the ways to detect them by means of analytical systems. Governments and institutions were urged to standardize industrial safety regulations resulting in the Seveso Directive, which is now the set of EU norms for industrial safety regulations.

Decades later, in 2008, another dioxin scandal hit Italy with one of its world famous foods: “mozzarella di bufala.” High levels of dioxins were found in the buffalo milk in a group of dairies in Campania — the Italian southern region, where most mozzarella production takes place. The contamination was the result of illegal dumping of toxic waste in the region, which affected water, soil and consequently the food products (for example milk and cheese) produced from the cattle in the area. This contamination case has heavily impacted people’s lives and health with the national health institute report blaming higher-than-usual cancer rates in the region on “confirmed or suspected exposure to a combination of environmental contaminants that can be emitted or released from illegal hazardous waste dump sites and/or the uncontrolled burning of both urban and hazardous waste.” The regional economy suffered from reduced export of its food products, Italy’s mozzarella sales decreased by 35% in the first period of 2008, and other countries suspended imports from Italy.

This scandal has led the regional governmental institution, with the scientific and analytical support of Health Protection Agency (Istituto Zooprofilattico Sperimentale del Mezzogiorno), to create the monitoring program QRCode Campania Trasparente, aimed at certifying and protecting environmental and food safety. Companies adhering to the program are certified in a series of tests for food safety. The goal is to recreate consumer trust in food products coming from the territories sadly known as “Land of fires” for the illegal burning of hazardous waste dump. Samples of soils, water and products are taken from the surrounding areas and sent for analysis.

Pacific Rim Laboratories are one of the analytical partners of this program, and in his latest webinar “Using Magnetic Sector GC–HRMS in a Commercial Dioxin Lab” David Hope, CEO of the Canadian, Vancouver based lab, shows the results of 425 soils samples from 400 locations analyzed by the Thermo Scientific DFS Magnetic Sector GC-HRMS — a high resolution mass spectrometer, meeting worldwide requirements for the analysis of dioxins and POPs. Listen to the on-demand recording and to read more about the DFS Magnetic Sector GC-HRMS click here.

At the 37th International Symposium on Halogenated Persistent Organic Pollutants (POPs) – DIOXIN 2017,, the scientific community meets to discuss and bring forward analytical and regulatory needs for dioxins and POPs. Find out how Thermo Fisher Scientific is a part of this by visiting the Dioxins 2017 webpage. Why not also take a look at Inge de Dobbeleer’s latest blog post:  “All You Wanted to Know About Dioxins but Were Afraid to Ask!”

For further information on POPs in food workflows download the interactive brochure or visit our website on environmental pollutants in food and discover more applications.