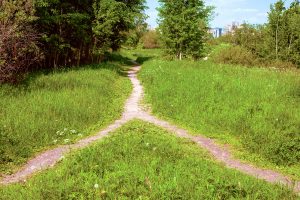 Interested in learning about a single method for drinking water contaminant analysis? In addition to increasing lab efficiencies, it enables higher sample throughput and saves valuable bench real estate by using a single instrument technology. An example of replacing two methods for one is the analysis of polar pesticides in drinking water.

The determination of glyphosate and other polar compounds presents a difficult analytical challenge due to their ionic structures, poor volatility, and absence of chromophores. A recent study describes the simultaneous direct determination of glyphosate, AMPA, endothall, and glufosinate in drinking water by coupling ion chromatography with single quadrupole mass spectrometry Learn more in this app Note 73608.

The U.S. EPA 547 method for the determination of glyphosate (the active ingredient in Roundup™) in drinking water by direct aqueous injections onto an HPLC system with post-column derivatization and subsequent fluorescence detection with MCL set at 700 ppb. Although the bacteria in soil breaks down glyphosate into aminomethylphosphonic acid (AMPA), wastewater discharge and drinking water samples in the United States and Europe have tested positive for glyphosate making it a reason for including it as an analyte of interest in the analysis of drinking water.

Glufosinate is a naturally occurring and non-selective “contact” herbicide, in contrast to glyphosate where the change is made at the chromosomal level of the plant. Glufosinate is not an EPA regulated method. It is instead determined by an Environmental Chemistry Method (ECM) which is submitted to the EPA by the pesticide manufacturer to support product registration and includes a unique MRID (Master Records Identifier) number. Glufosinate, Glyphosate, and AMPA can be analyzed at sub-ppb levels using LC-MS/MS with pre-column derivatization that is compliant with European Regulatory limits.

The U.S. EPA established method 548.1 for the analysis of endothall (an herbicide for terrestrial and aquatic weeds) in drinking water by GC-MS with the U.S. EPA MCL is set at 100 ppb. EPA 548.1 also requires a labor-intensive sample preparation and derivatization step. 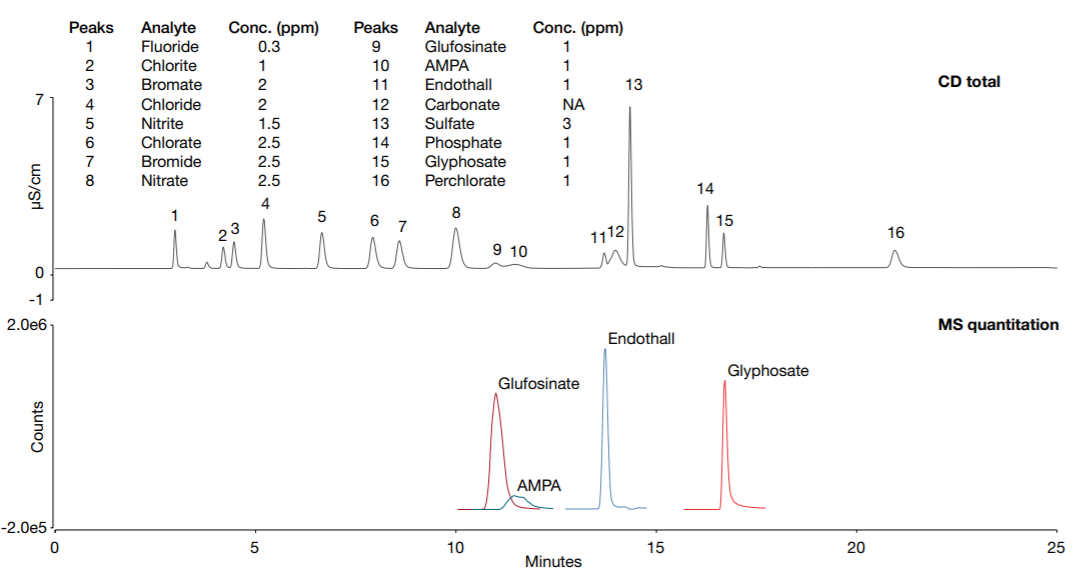 Figure 1 shows a separation of common anions and four pesticides within 25 minutes using the Thermo ScientificTM DionexTM IonPacTM AS19-4um column. The top chromatogram displays the CD profile of all anions. The bottom chromatogram displays the MS channel of the four analytes of interest, which shows that glyphosate, AMPA, endothall, and glufosinate were resolved from the common inorganic anions.

App Note: Glyphosate and AMPA in Water by IC-ESI-MS/MS 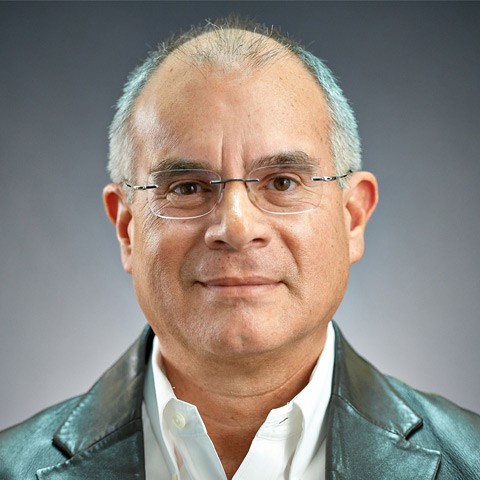