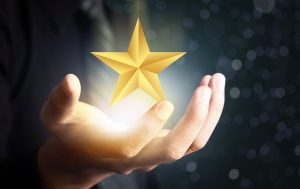 Methods for the multi-class, multi-residue analysis of pesticides in foods have made incredible progress since LC-triple quadrupole mass spectrometers became more widely available around the turn of the century. Today, 20 years later, modern triple mass spectrometers enable the detection and quantitation of hundreds of targeted pesticides at low ug/kg concentrations with a high degree of accuracy and precision in a single analysis. But still, any other pesticides present in the sample, but not programmed into the acquisition method will not be detected. Surely not a problem if we can include all the pesticides permitted for use on specific crops, or is it? What if pesticides were applied illegally and what about the possibility of the unexpected presence of chemical contaminants from other sources?

Hence the growing interest in the use of Thermo Scientific™ Orbitrap™ mass spectrometers to enable excellent quantitation of targeted pesticides and simultaneous detection of a wider range of non-targeted residues and contaminants – all in a single acquisition.  A few weeks ago, I listened to an educational webinar on the analysis of pesticide residues in food.  The webinar titled  ‘Elevating Quantitative and Qualitative LC-MS Analysis of Pesticide Residues to a New Level with the New Orbitrap Exploris HRAM MS System’ was jointly presented by prof. Amadeo Rodríguez Fernández-Alba and Dr Łukasz Rajski from the European Union Reference Laboratory for pesticides in fruit and vegetables (EURL-FV), located in Almeria Spain. Their research compared the performance of the Thermo Scientific™Orbitrap Exploris™ 240 Mass Spectrometer launched this year, to the performance of the Thermo Scientific™ Q Exactive™ Focus Hybrid Quadrupole-Orbitrap MS, introduced in 2014. Their objective was to identify and quantify the benefits of the new system for pesticide residues analysis. Just like the triple quadrupole systems before, there have been amazing advancements in Orbitrap technology in a short time span, most notably the upgrade to a high field orbitrap analyser. Other new features of note include EASY-IC ion source with automated internal calibrant delivery to provide sub-ppm mass accuracy and “mild trapping, which guides ions with lower energy to reduce fragmentation and provide increased detector response for most of the pesticides.

The presenters reported the higher scan speed (up to 22Hz) allows more flexibility in building the data acquisition method. Using a combination of mild trapping with Full scan (FS), All Ions Fragmentation (AIF) and timed MS2 (FS/AIF/tMS2), approximately 95% of a panel of 166 pesticides at 0.01 mg/kg, in bell pepper, onion and oranges were identified in full compliance with the SANTE guideline criteria (EC Doc No SANTE/22682/2019). By contrast, the Thermo Scientific™ Q Exactive™ Focus mass spectrometer identified 84% of the same panel of pesticides.  When the panel was extended to 246 pesticides 94 % of the pesticides could still be identified in orange using the LC-Orbitrap Exploris MS system. In all cases, samples were extracted using the citrate buffered QuEChERS approach without clean-up. Amadeo and Łukasz also highlighted the fact that all the settings used in their experiments are also available on the lower cost Thermo Scientific™ Orbitrap Exploris™ 120 mass spectrometer.

Watch the webinar on-demand to gain an insight to further results obtained using mild trapping with FS, multiplexing DIA (up to 20 windows) and tMS2 (PRM),  and to discover other capabilities such as 240,000 resolving power, excellent mass accuracy, excellent linearity, targeted SIM (t-SIM) for ultra-high sensitivity, polarity switching, and more. A lot of power in such a compact instrument with a small footprint!

The presenters then evaluated the use of TraceFinder and Compound Discoverer data processing software’s along with local databases, ChemSpider™ and the m/zCloud mass spectral database, to interrogate the raw data files for the presence of non-targeted compounds in tomatoes. Extracting the precursor ions with a 5ppm mass tolerance returned 580 hits. Using the precursor ions (mass tolerance 5ppm) + one fragment ion (5ppm) and isotopic pattern, the automatic library search returned six hits, which was reduced to four hits if a 2ppm tolerance was applied to both the precursor and the fragment ions. The pesticides, azoxystrobin and imidacloprid, and a pharmaceutical, carbamazepine (likely uptake from recycled water used for irrigation), were confirmed while a tentative assignment to norepinephrine was rejected.

A remarkable gold star result showing the potential to elevate the detection of unexpected multiclass compounds in foods to a new level.

You may also be interested in registration for an upcoming webinar on the analysis of pesticides and environmental contaminants using  Thermo Scientific™ GC-Orbitrap MS technology. The webinar titled, ‘Cut through the uncertainty: the benefits of Orbitrap GC-MS for the analysis of pesticides and environmental contaminants in food matrices’ will be webcast on 10th November 2020, then on-demand thereafter. It will be presented by Dr. Nuria Cortés-Francisco of Laboratori de l’Agència de Salut Pública de Barcelona.