Football, Performance Enhancing Drugs, and Why We Should Care 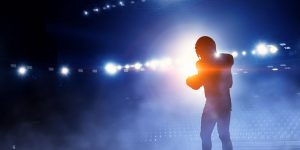 What drives a player to play the NFC championship game with two broken ribs? Probably the same things that make one consider performance enhancing drug (PED) use – prestige, recognition and monetary reward.

The National Football League’s substance abuse policy predates its PED protocol.  In 1971, Commissioner Pete Rozelle introduced a recreational drug code, focused on education. The preseason testing structure still in use today came about as part of the 1982 Collective Bargaining Agreement (CBA)—and suspensions didn’t begin until 1989.Policy on steroids didn’t appear until 1983. In 2014, the league offered a policy update and updated its prohibited substance list.

Prior to entering the league, only the NFL requires pre-employment testing for all players. The frequency with which players are tested also varies greatly among professional leagues. In the NFL, all players are tested at least once per year, and the policy allows for targeted testing. Ten players per team are randomly tested each week, which continues during the playoffs for teams in the postseason. There may also be up to six offseason tests per player. Players may be tested up to three times per year at random.

If a player in any professional sport violates the league’s drug policy, they are immediately suspended, and the length of suspension (or ban) depends on how many times the player has violated the drug policy. In the NFL, a first violation leads to a minimum four-game suspension, while a third violation calls for a minimum 12-month suspension as well as disqualification from the Pro Bowl and other honors for the year.

Top 5 Most Common Performance Enhancing Drugs in the NFL

Marijuana has been responsible for more drug suspensions than any other PED in the NFL. “Pain is big problem in the NFL. Pain management is necessary. Weed is the least harmful and least addictive of the painkillers players use to cope with the violent demands of the game” said Antonio Cromartie, an American football cornerback in an interview with Dom Cosentino of the NJ Advance Media for NJ.com.

Cannabinoids, the “active ingredients” in marijuana, bind with the receptors in the brain and body that regulate pain. One study from the University of Bordeaux found that THC can cause the brain to produce pregnenolone, a precursor to natural steroid production.

Of all the stimulant and amphetamines used in the NFL, Adderall is the most historically abused by defensive backs. Amphetamines stimulate the central nervous system and release neurotransmitters like dopamine. Studies have shown that substances, such as Adderall, can help improve hand-eye coordination, acceleration, focus and concentration. “It gives you an upper hand that regular guys like myself don’t have.  It helps you focus more attention to what’s going on, on the field and that is an advantage because regular people like me…don’t have it” noted Pierre Garcon, NFL wide receiver in an article by Marc Sessler of Around the NFL.

Almost sixty percent of the suspensions amongst linemen are attributed to steroid use because it increases their size and strength and often makes users more aggressive; all beneficial to the defensive team. Steroids help the body’s muscle cells produce more protein, leading to increased muscle size and strength gains following rigorous resistance training programs and aide faster recovery for most athletes.

A variety of drugs can mask steroid use; however diuretics are the class of masking drugs most frequently detected in the NFL. Diuretics increase urination, which can mask the presence of other drugs and metabolites in urine. They can cause a variety of side effects such as dehydration, seizures, hypotension and gout.

Testing for HGH was introduced to the NFL in October 2014. Growth hormone is naturally produced by the pituitary gland during adolescence. Taken in isolated form, HGH boosts strength and speed in the short term. Long term use has been shown to help add lean body mass and aide recovery.

Still ask why should we care what an athlete does to achieve sporting success?

In the July 8, 1991 issue of Sports Illustrated ‘I’m Sick and I’m Scared’,  the then 43-year-old two-time All-Pro NFL defensive end Lyle Alzado, shared his belief that his brain cancer was the result of more than two decades of steroid and HGH use (which, at its peak, cost him as much as $30,000 a year). While scientific research hasn’t yet demonstrated a link between high use of steroids or HGH and brain cancer because replicating such studies wouldn’t be allowed, it should be enough to make an athlete pause. Alzado died on May 14, 1992.