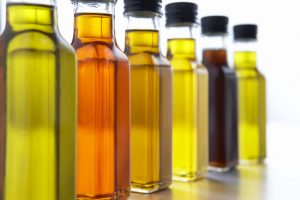 The other day I went to my local grocery store and picked up a bottle of extra virgin olive oil. As I added it to my delicious Mediterranean salad and took my first bite I quickly realized that something was just not right. The olive oil tasted rancid. My salad was ruined. And that’s when I knew it. I was a victim of fraud. Olive oil fraud.

Did you know that olive oil is one of the most adulterated food products? Most of us probably don’t even know what 100% pure extra virgin olive oil tastes like.

The food of the gods, olive oil in its luminescent green color has been adulterated for many years, being such a lucrative business, but it wasn’t until recently that it received worldwide attention.

Olive oil adulteration can be done by:

These deceptive tactics by the manufacturers deprive consumers of the real health benefits of pure olive oil, impart a rancid taste to their meals and end up costing them additional money for a fraudulent product. Not to mention it’s a crime to sell a product which has been adulterated.

Olive oil should ONLY be olive oil!

In my quest to learn more about olive oil fraud I stumbled upon a piece that CBS did on their 60 minutes show in January 2016. On the show they estimated that half of the oil sold as extra-virgin in Italy and 75-80 percent of the oil sold in the U.S. does not meet the legal grades to be considered real extra-virgin oil. The most common type of fraud is mixing Italian extra-virgin with lower quality olive oils from North Africa and around the Mediterranean.

So that’s olive oil fraud in a nutshell. But how do we fight back in our quest for good olive oil?

To make sure that product is free of contaminants, adheres to quality and meets label claims, many legitimate manufacturers test the olive oil for:

To learn more about how the above compounds are tested take a look at this handy infographic.

The next time you’re at the store looking to purchase  olive oil, here are some things to look for on the label to cut your chances of buying a fraudulent product (and ruining that salad you’ve been looking forward to all day!):

Don’t be fooled by your olive oil…..I won’t be any more!

Other Resources on Edible Oils: