How do You Feminize Male Fish? Hormones in Water Of Course!

Studies have shown that endocrine disruptors (link to downloadable PDF on analysis of these disruptors) such as birth control pills and drugs to treat breast and prostate cancer can now be found in 25% of the world’s streams, rivers, and lakes.

Male Fish and the Feminization Process

We have known for a while that male fish in polluted waters undergo a process called feminization, and this phenomenon is an indicator of estrogen-contaminated waters. In addition, such endocrine-contaminated waters also have an adverse effect on the health of other wildlife and humans as well.

A recent journal article that I read, titled, Removal of ecotoxicity of 17α-ethinylestradiol using TAML/peroxide water treatment talks about a pharmaceutical drug found in inland waterways worldwide. This particular drug–17α-ethinylestradiol (EE2)–is a synthetic estrogen used in oral contraceptives and ends up in wastewater and, eventually makes its way into groundwater in low parts per trillion (ppt) concentrations. It induces feminization of male fish, diminishing reproductive success, and causing the fish populations to collapse. The paper additionally talks about a technically effective, environmentally compatible and cost-effective alternate to the use of ozone or activated carbon for removing pharmaceuticals from wastewater.

How Hormones End up in Water

There are several causes for the hormones found in our water supplies. Firstly, due to the widespread use of hormones in pharmaceuticals, they often end up in the sewage system as a result of human excretion and disposal of unwanted quantities. Secondly, industrial chemicals may enter waterways either through chemical plant runoff or the disposal of products in landfills. And, thirdly, hormones from livestock waste can find its way into drinking water sources.

As many areas of the U.S. are faced with water shortages due to significant demand for water, supplies are being augmented with treated wastewater for uses, such as irrigation. In a study published in the journal, Environmental Toxicology and Chemistry, a team of U.S. Geological Survey (USGS) scientists reported that the use of reclaimed water can result in the presence and accumulation of pharmaceuticals in soil. So to answer the question I first asked at the beginning of the article, yes the hormones and other pharmaceuticals in the water can not only adversely affect marine life, but also humans.

Though medicines play an important role in treating many conditions and diseases, it is important to dispose them off properly when they are no longer needed to prevent accidental exposure, intentional misuse, and contaminating the environment. The U.S. FDA provides instructions and disposal options for expired, unwanted, or unused medicines that are worth checking out.

Role of Regulatory Agencies for Monitoring Hormones in Water

The U.S. EPA’s Third Unregulated Contaminant Monitoring Rule (UCMR 3) requires the monitoring for 30 contaminants of emerging concern using EPA and/or consensus organization analytical methods during the 2013-2015 time period. The EPA, the states, laboratories and public water systems (PWSs) are participating in the UCMR 3 efforts. All utilities serving greater than 10,000 customers must test for the 30 environmental contaminants and submit the results to a central EPA database.

The following hormones are included in the 30 contaminants being monitored as part of the UCMR3 efforts: estriol, estrone, estradiol, ethynylestradiol, equilin, androstenedione, and testosterone. Data collected under UCMR 3 will assist in regulatory determination and a contaminant’s potential impact on human health. In Europe, the European Parliament has also identified several estrogen variants as priority substances that will be monitored to determine the risk posed prior to establishing appropriate control measures.

Analysis of Hormones in Drinking Water

There are many sample preparation and chromatography solutions for the extraction and then analysis of hormones in various types of waters.

In the described experiment, sample preparation was followed by HPLC analysis (Thermo Scientific Dionex UltiMate 3000 RSLC system) using a reversed-phase HPLC column (Thermo Scientific Dionex Acclaim 120 C18 analytical column) and the results showed a baseline resolution of all of the hormones analyzed. Excellent recoveries were observed in drinking water samples, ranging from 90% for androstenedione to 124% for ethynylestradiol. The recoveries achieved verify the suitability of these cartridges as a means to concentrate human hormones for subsequent quantification as per EPA Method 539.

You might also be interested in viewing an interesting video featuring Beau Sullivan, a Senior Organic Chemist at a California municipality, describing the use of the above-mentioned SPE cartridges to extract hormones, pesticides and semi-volatile organic compounds (link to video) on the Thermo Scientific Dionex AutoTrace 280 Solid-Phase Extraction (SPE) instrument. He points out the advantages of the instrument which include consistent high recoveries, time savings, and significantly reduced use of solvent for a diverse set of applications.

Visit our Environmental community webpage for the latest application notes, articles, and research on sample preparation and chromatography.

If you use automated solid-phase extraction for your sample preparation, I would like to hear about your experiences. 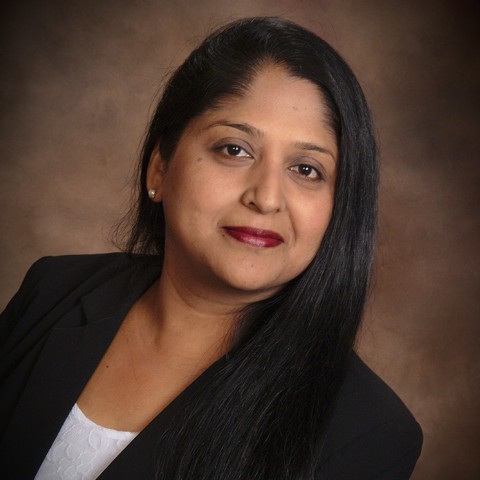