How Liquid Chromatography Benefits the Planet 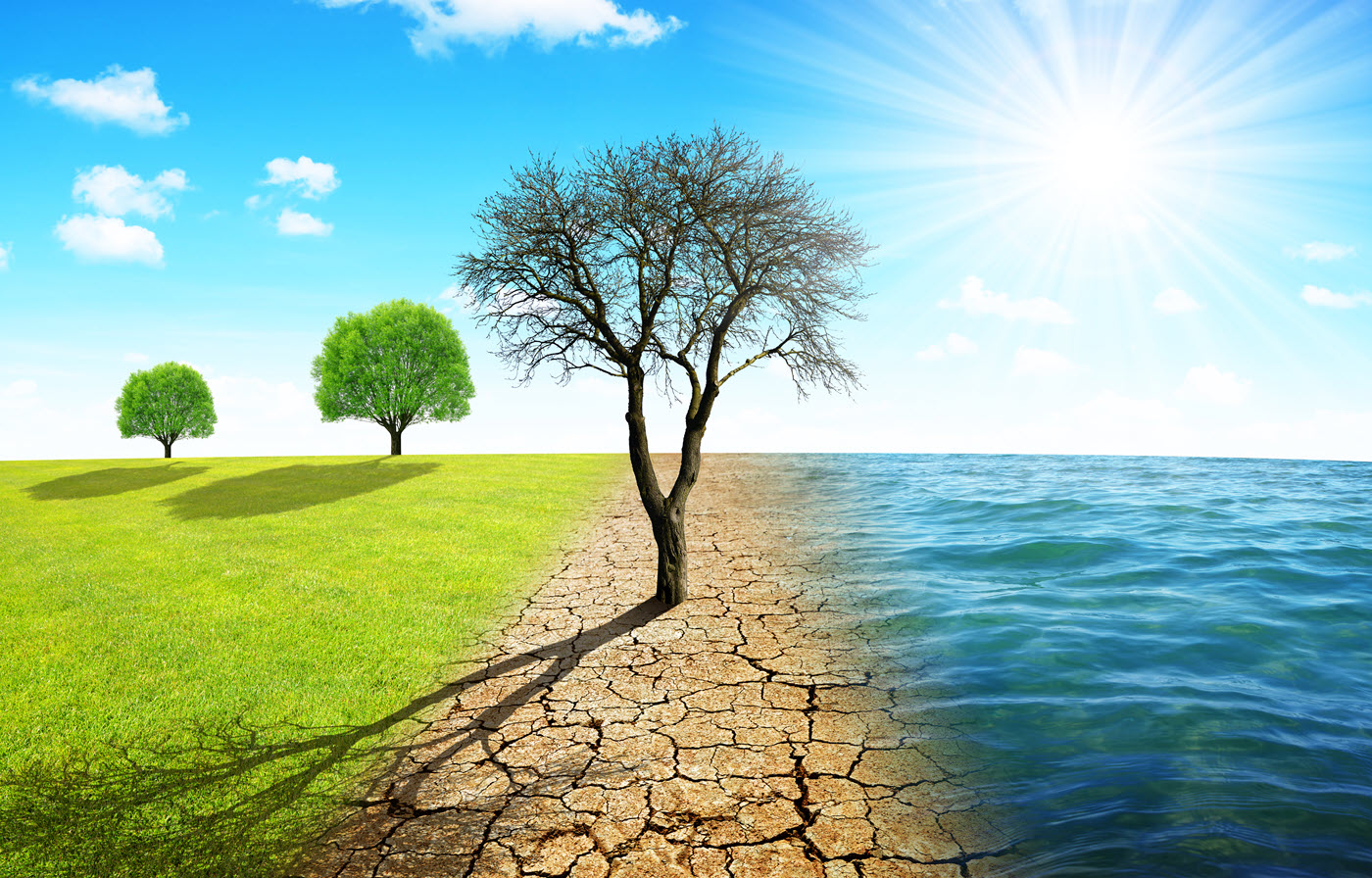 Melting glaciers and the extinction of polar bears. Dead coral reefs and acidification of the ocean. Increased droughts and raging wildfires. A warming ocean and stronger hurricanes. Rising ocean levels and cities underwater.

The earth is warming at an alarming rate and — if the trend continues — the future outlook for life on the planet is bleak. The scary part is, if climate change continues at the current pace, models project much of the southwestern U.S. will be unlivable by 2050, which is in my lifetime.

But as much as I sound like a pessimist, I am a splendid mix of optimist + realist. I know science can save the planet and am confident scientists will prevail, as we did by delivering a safe and effective COVID vaccine in record time.

Like the race to create a COVID vaccine, the sprint to save the planet is on and chromatographers are one of many pieces in the puzzle critical to fighting climate change. From clean energy to water purification, here are a few ways liquid chromatography benefits the planet.

There is no denying that coal, oil and natural gas are major contributors to the climate crisis. In addition to the excess production of carbon dioxide, fossil fuels are unsustainable for several reasons: They take hundreds of millions of years to replenish; combustion releases toxic byproducts such as carbon monoxide, mercury and sulfur dioxide; and the chemical refinement spews pollutants.

As the demand for clean energy increases, companies are turning to sustainable alternative energy sources like biomass-derived ethanol. Unlike fossil fuels, biofuels are made from plants like hemp and replenish at a faster rate and reduce emissions by more than 90% versus the former. Not only do biofuels emit less carbon when burned, but combustion is carbon neutral since the carbon dioxide emitted is reabsorbed as part of the photosynthetic process integral to growth of plants used for biofuels.

Just as with winemaking and beer brewing, the conversion of biomass into ethanol requires fermentation and HPLC analysis is useful for monitoring the concentration of starting sugars and formation of inhibitory by-products like acetic acid and hydroxymethylfurfural. In particular, HPLC methods are gaining popularity over GC-MS for determining sugar consumption because derivatization of the sugars is not necessary.

Reducing carbon dioxide emissions is a core focus of climate science. A shift to electric cars powered by lithium-based electrochemical cells is an effective way to quell the excess production of carbon dioxide and heat.

Commercial lithium-ion batteries (LIBs) were introduced by Sony in the early 1990s and this technology is what powers electric cars. The chemical composition of LIBs is more than lithium and the whole consists of a graphite anode, lithium transition metal oxide cathode, and electrolyte salts to transport lithium ions.

The biggest challenge facing the sustainability of LIBs is degradation of the electrolyte salt, which reduces the battery lifetime. Understanding the aging process of the salts provides a path forward for improving the longevity of LIBs. Liquid chromatography is used to study the breakdown mechanism of electrolyte salts such as LiPF6 and alkyl carbonates.

Given the salts in LIBs have low volatility, HPLC-UV is applied for the separation and quantification of organic electrolyte salt components, ion chromatography for inorganic components, and LC-MS to study the formation of carbonates and phosphate esters on the electrode surface.

The solar boom is here and with the plethora of solar panels popping up daily, the clean energy movement shows no signs of slowing down. Thanks to advancements in solar cell technology, homes and businesses can power through the day emission free — talk about a dream come true for the planet!

One of the most eco-friendly types of solar cells is dye-sensitized and belongs to the family of thin-film solar cells. As the name implies, dye-sensitized solar cells (DSSCs) utilize light-harvesting pigments such as anthocyanins or chlorophyll combined with semiconductors like titanium or zinc oxide to convert light into electrical energy. One major benefit is DSSCs produce energy even on cloudy days and in low-light conditions without a reduction in energy efficiency.

Dye purity is the crux of well-performing DSSCs since the generation of energy occurs via photo-induced electron transfer. HPLC-UV methods are used to separate and purify extracted pigments during the preparation of plant-based DSSCs since impure pigments of conjugated pi-electron systems could interfere with the injection of electrons into the conduction band from the excited state of the dye.

Also, understating the degradation pathway of pigments will aid the development of next-generation stable, longer-lasting DSSCs, which rely on LC-MS analysis to examine and identify the structures of photo-induced degradation of dyes.

Perhaps one of the biggest problems to face humanity is access to clean water. Chromatographers are masters in purification so liquid chromatography is well-suited to measure the effectiveness of water treatment and the removal of organic toxins.

Polycyclic aromatic hydrocarbon (PAHs) are one class of well-studied organic water pollutants toxic to aquatic life and established carcinogens and mutagens. PAHs are introduced into waterways from industrial runoff and fossil-fuel combustion. The major problem with PAHs is bioaccumulation, as nature cannot breakdown these highly synthetic chemicals. Consequently, the concentration of PAHs builds up in marine life over time.

The detection of PAHs in water is accomplished with HPLC coupled with UV and fluorescence detectors, as the conjugated ring systems absorb strongly between 280 and 400 nm.  A common method used to remove PAHs from water is through Fenton chemical reactions with Fe(II) salts and hydrogen peroxide to rapidly degrade the toxins without introducing additional organic pollutants or complicating the sample matrix for LC analysis.

If you’re looking for an LC system to complement your earth-friendly work, our award-winning Vanquish LC systems are a perfect match. The optional Vanquish™ Solvent Monitor can help your lab prevent spills, unnecessary solvent consumption, and dry solvent runs. Now you can spend your time saving the planet instead of dealing with solvent mishaps during your chromatography runs.

Are you ready to use LC to save the planet? Check out our new HPLC and UHPLC 3D product tours to get a look inside and discover the features that can help you get the most from your LC analysis. 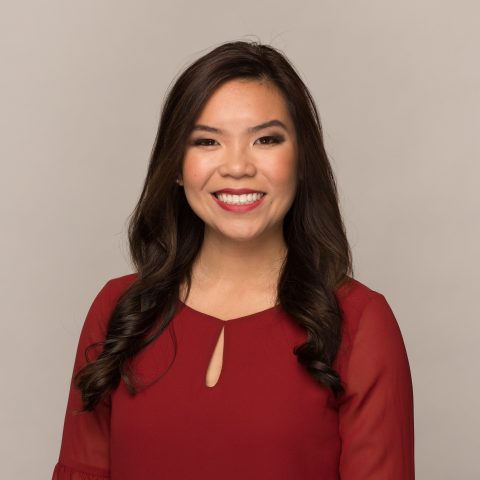