I occasionally get conference overload, and this was the case a few months ago with three chromatography conferences in two weeks (HPLC 2014, ISCC at Riva, and the UK ChromSoc AGM), two oral presentations and five posters to present plus the many seminars given by other delegates to listen to as well. It sounds busy and it is intensive as most of the hard work comes from the interactions outside of the lecture halls.

The HPLC conference again saw a variety of more academic topics including the development of the monolithic stationary HPLC phases (link to one of our downloadable technical notes on the use of HPLC columns in the separation of intact proteins), there was some focus on the use of 2D LC, in particular how to determine how orthogonal two columns are, a particular bug bear of mine this, as surely it depends on the compounds that are being analyzed. I felt vindicated when Prof. Georges Guiochon (one of the greatest ever chromatographers in my opinion; link to his university page) remonstrated against one poor presenter for not considering what was being analyzed and just considering the columns driving the separation. My role here was to support the posters and I was also fortunate enough to be a poster judge. This can be quite challenging trying to review very different styles of posters and also trying to engage some of the shyer students.

Riva for me was a very quick meeting, I was only there a day, which was a shame as the Lake District in Italy is very beautiful, and the weather was incredible. However, I was fortunate enough to hear the lectures of Prof. Dan W. Armstrong (link to his university page) and also Prof. Pat Sandra (link to her publications). These are two giants of the chromatography world and I sat with a packed auditorium (ca. 700 people) as we listened to their personal recollections of the developments of chromatography. It was also interesting to see where they see the developments of chromatography coming from over the coming years, looking more and more at miniaturization and also the use of at-line analysis rather than having central laboratories.

It was at Riva that I gave the first of my two talks for the week, with this presentation introducing fractal chromatography on silica-based HPLC particles (link to article that I did with LCGC Magazine). I find the structures that can be made from silica absolutely fascinating, and I have been fortunate to be working with some very clever guys from Liverpool University that have developed a way of making some very unique fractal structures. This potentially has big benefits in the analysis of large molecules, such as proteins, as it reduces the mass transfer effects seen with traditional porous silica-based columns, making the peaks sharper, but allows for higher loading capacities than non-porous materials.

The image accompanying this blog post is of a human insulin molecule.

Here is a useful on-demand webinar, titled, Fast, Robust LC and LCMS Workflows for the Comprehensive Characterization of Bio-Therapeutic Proteins, (link takes you to a short registration page; once you register, the webinar starts playing) that can help further your understanding of these columns.

Questions on the technology? Or, the resources? Enter them in the Comments box below.

Tony Edge is currently the Scientific Advisor for the Chromatography Consumables Division within Thermo Scientific Inc. Tony has over 15 publications in refereed journals including a book chapter on turbulent flow chromatography. In 2008, he was fortunate enough to be awarded the Desty memorial lecture for his contributions to innovating separation science, and in the same year also won a clinical excellence award from AstraZeneca. Tony’s current interests are centered on improving the extraction process and high temperature chromatography. Tony was recently awarded an honorary fellowship at the local university, where he lectures on separation science. 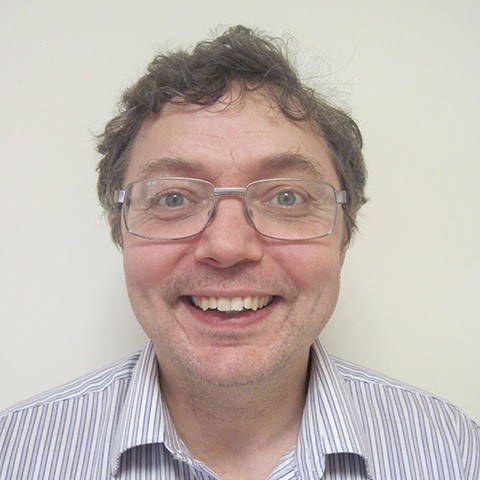