IC-MS: The Solution to the Problem Analysis of Polar Pesticides 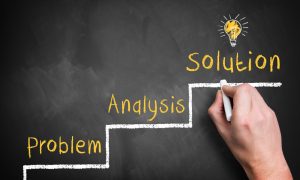 I’m still surprised to hear that reliable methods for the analysis of polar pesticides do not exist. After all, to my mind, residues and contaminants that are polar ionic in nature can always be separated and detected using ion chromatography-mass spectrometry in almost any matrix.

My first experience with ion chromatography was about 35 years ago in the early 80s. I was given the component parts — HPLC pump, manual injection valve, low capacity ion chromatography column, conductivity detector, stainless steel tubing — and tools — hacksaw and file — to build a system; a great experience and a lot of fun. Using phthalic acid as a low conductance eluent, anions in water could be separated and detected, but the analysis of more complex agricultural samples was not possible. Still the system proved a great success if only because it provided proof of concept and hence the budget to invest in a Dionex ICS 2000 system fitted with a hollow fibre membrane suppressor. This allowed the use of a higher capacity column enabling the analytical scope to be expanded; the results by comparison were spectacular. Over the next few years the analysis ranging from nitrate/nitrite in soil, fodder and tomato paste to sulphate in pig slurry all proved possible, and the system was extremely reliable and robust with several thousands of injections. After 40 years of continuous innovation by Dionex, today’s ion chromatographs have developed beyond recognition and with the capability to couple with mass spectrometers (IC-MS), so now the analysis of anything ionic is possible. So why not use the capabilities of IC-MS for the analysis of polar pesticides? In fact, in my previous employment with the Food and Environment Research Agency (UK), we did just that about 8 years ago. We developed an IC-MS/MS application for the successful direct analysis of glyphosate at low µg/kg concentrations in sugars, cereals and baby foods.

Glyphosate, a polar pesticide, is not only the most widely used herbicide in the world today, it is currently the most controversial, is constantly in the news, and generally considered one of the most difficult to analyse. In a previous blog titled Analysis of the Pesky Polar Pesticides: In the News, but What’s the Answer? I discussed the implications and regulatory response to the high frequency of residues of polar pesticides in foods, and the underlying analytical difficulties that mean glyphosate and other polar pesticides are analysed infrequently. In the US, a report by the Government Audit Office criticised the responsible government agencies (EPA, FDA and UDSA) for the lack of testing for glyphosate residues in food. Reuters reported: “Given increased public interest in glyphosate in the U.S., the EPA may recommend increased sampling for glyphosate in the future.” The FDA allegedly responded that there was no suitable method available. Recently the European Commission has also requested that laboratories improve their performance in the analysis of pesticides.

More recently, a method based on ion-exchange chromatography with post column suppression of the mobile phase and coupled to a mass spectrometer has been developed and validated for the analysis of polar pesticides in their anionic form in different sample matrices. The results were presented by Dr Stuart Adams, of Fera Science Ltd, UK, in a lecture titled ‘The Analysis of Polar Pesticides by Ion-Exchange Chromatography Tandem Mass Spectrometry; A Tale of Two (and many more) Molecules’ at the North American Chemical Residue Workshop (NACRW 2016). It was also featured at the AOAC international meeting in 2016 in a video poster presentation titled ‘The Analysis of Polar Pesticides by Ion Chromatography Tandem Mass Spectrometry: The Possible Solution to a Longstanding Problematic Analysis?’ The results clearly indicate that ion-exchange chromatography coupled to mass spectrometry is an excellent technique for the accurate, precise and reproducible analysis of anionic polar pesticides. The results are supported by a recent application note titled Fast routine analysis of polar pesticides in foods by suppressed ion chromatography and mass spectrometry.

After evaluating all of the available evidence, here are five good reasons why IC-MS is a good choice for the direct analysis (no derivatisation required) of polar pesticides at low concentrations in food.

The Thermo Scientific ™ Dionex™ IonPac™ AS19-4µm column used in the development of the above method has a high capacity, which is a critical factor for the analysis of non-cleaned food extracts containing high concentrations of co-extractives. These co-extractives can interfere with the interaction between the exchange sites on the column and the analytes of interest causing reduced chromatographic retention, a decrease in chromatographic resolution and irreproducible retention times. The EU SANTE 11945/2015 guidelines for method validation state that the retention time of any analyte should be at least two times the void volume of the column and should be within ± 0.1 minute of the retention for the same analyte in a calibration standard. There are a number of examples in the published literature using HILIC chromatography or non-suppressed ion chromatography for the analysis of polar analytes where these criteria are not met. The use of high capacity columns is necessary to meet these criteria, but require high-strength alkaline eluents (e.g. potassium hydroxide) to elute the polar pesticides. This is made possible by the installation of a suppressor device to convert KOH to water, after the column outlet and before the detector. Another advantage of using KOH is the fact that gradients generated In Situ using an eluent generator cartridge are extremely reproducible so the retention times are stable.

2. The Robustness of Ion-exchange Columns

It is inevitable that over time the injection of crude extracts will result in contamination of chromatographic columns. When this happens (and it will, especially with complex matrices) Dionex ion-exchange columns can be cleaned and chromatographic resolution restored by flushing with water, 1M KOH, water, 200 mM H2SO4 in 80% acetonitrile, water and mobile phase in sequence. The high sensitivity of modern mass spectrometers allows target quantification and identification limits to be achieved with relatively low injection volumes. The lower the injection volumes used will reduce the frequency of flushing required..

Sometimes analysts are disbelieving that a system using potassium hydroxide as mobile phase is compatible with mass spectrometer, but it is true.  A number of laboratories are now using IC- coupled to either a Thermo Scientific™ TSQ Quantiva™ Triple Quadrupole Mass Spectrometer, or a Thermo Scientific™Q Exactive™ Focus Hybrid Quadrupole-Orbitrap™ Mass Spectrometer.  An electrolytic membrane suppressor converts the KOH to water after the column and before the detector. The only requirement is for the addition of organic solvent (using an auxillary pump and a T-piece) before the eluent stream enters the mass spectrometer. The organic modifier assists desolvation in the MS source resulting in a 3-4 fold increase in sensitivity for most compounds.  Because the flow through the suppressor is unobstructed, there is no dispersion and brand broadening that is sometimes observed with packed-bed suppression systems. The system set-up is completely automated so all the analyst has to do is to add water for eluent generation, to add organic solvent for desolvation, and to empty the waste. So simple, and all controlled by one software!

5. A Commitment to Continuous Method Improvement

The presence of formic acid in the QuPPe extracts creates some minor inconveniences. It can cause some slight distortion of peak shapes and limits the use of inline clean-up and concentration. So is it really necessary? Results recently obtained  for lettuce, orange and flour using non-acidified methanol/water are  presented in a recent application note ‘Fast routine analysis of polar pesticides in foods by suppressed ion chromatography and mass spectrometry’ mentioned previously. Recovery with satisfactory precision was obtained for AMPA, ethephon, fosetyl-AL, glufosinate , HEPA, MPPA, N-acetyl AMPA, N-acetyl glufosinate , phosphonic ),   except glyphosate (55 % in flour), but this is easily corrected by use of an isotopically labelled internal standard.

Recovery experiments during method validation are typically based on the use of pesticides spiked onto the surface of the matrix. I wonder, especially in the case of polar analytes, if this spiking approach really reflects the extraction efficiency of incurred residues, and whether or not a technique such as the accelerated solvent extraction technique will extract even more residue. Watch out for future blogs to see if we can find the answer.

For more information on pesticides  analysis visit our food and beverage testing pages.

December 10, 2018 at 4:17 pm
I would like to received applications and IC new products. Dannie Mak