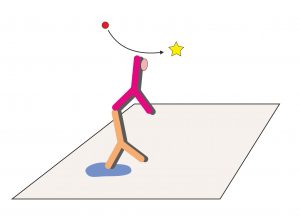 It has been three years since I wrote on the subject or whether LC or LC-MS could ever replace immunoassays; this is the Analyte Guru article and a longer review published in the Journal of Bioanalysis. In those three years, however, there have been developments in technology which I will discuss in this article and again alters the balance between these two techniques. My scientific career began in Immunology with ELISA and immunoassays and now I work in the field of chromatography and mass spectrometry, so have experience of both techniques.

In both the articles above, I did detail the pros and cons of both techniques. In brief, the main problems facing some, not all, immunoassays is selectivity and specificity and associated matrix effects and the difficulty they have in identifying different isoforms and post translational modifications in some biomolecules. On the LC-MS side, the major issues that are frequently raised are the perceived complexity of developing workflows and operation, high initial capital instrument costs and sample composition and selectivity. However, recent advancements in the LC-MS technology are beginning to further erode these barriers to adoption as highlighted below.

The perceived complexity and cost of LC-MS has traditionally been a barrier to adoption, especially compared to some ‘plug and play’ immunoassay platforms and in-house developed immunoassay workflows which can be assembled relatively cheaply. The mass spectrometer of choice to compete against immunoassays is the triple quadrupole and in three years since I wrote the original article, such instruments have not only become easier to operate, and have been demonstrating increased robustness, reliability and sensitivity and increased flexibility within the product portfolio enables a sliding scale on cost, as can be seen in this table. One additional benefit is that the Thermo Scientific triple quadrupole instruments are compatible with the Thermo Scientific™ Chromeleon™ Chromatography Data System Software which allows the use of just a single software package for the operation of the chromatography and mass spectrometry instruments.

A major development in the area of LC-MS technology has been through the introduction of the Thermo Scientific™ Cascadion™ SM Clinical Analyzer which is an all-in-one clinical analyser designed to meet the needs of routine clinical laboratories. This is a turnkey solution that combines assays, software, accessories, consumables and support/service in a standalone system designed to meet the regulatory requirements for routine and specialized clinical testing. Whether you are transitioning to LC-MS in search of increased selectivity or specificity or planning on implementing an easy-to-implement workflow with higher productivity without the complexity of operation, then this is the solution for you!

This is an area that has seen some recent innovations to ease the complexity of operation, but also has additional benefits for sample storage and cost-per-sample. Earlier this year, the Thermo Scientific™ VeriSpray™ PaperSpray ion source was launched, which eliminated the chromatography step from the workflow. The sample is simply applied to a paper strip contained within the sample plate, which can then be analysed directly by the mass spectrometer in as little as two minutes. This offers many benefits alongside the elimination of the chromatography step; it minimises sample preparation, saves money by reduced solvent usage and chromatography instrument maintenance and due to the sample fixation when spotted on to the paper, then it reduces the issues around sample storage and shipment. For more details on VeriSpray, I would recommend these two technical notes on controlled substances and antifungal drugs.

Liquid chromatography is still widely used as the separation technique prior to mass spectrometry and here also developments continue to emerge. Robust and cost-effective HPLC instruments are available, such as the Thermo Scientific™ Vanquish™ Flex Binary UHPLC system as a reliable front-end to the mass spectrometer. Column chemistries are also emerging that offer increased lifetime and ruggedness to lower cost and remove matrix ions to maximise the mass spectrometry signal. You can read about such columns here.

When you combine all of these developments, what we are witnessing is a gradual reduction in both the complexity and cost per sample in LC-MS, while increasing the quality of results. All these benefits eventually help in lowering the barriers to adoption of LC-MS as a technology.

So, over the last three years, has my position changed on whether LC or LC-MS can replace immunoassays? I would say a little. I am still of the belief that we will see a greater adoption of LC-MS technology over the next two decades, but I am not predicting the demise of immunoassays just yet. I can envisage a situation where both technologies operate in a complementary mode in the modern laboratory. For some analytes it may be simpler and more cost-effective to use immunoassay or where a defined protocol is already in place. Conversely, there will also be situations where LC-MS might offer better information compared to immunoassay. To succeed, both technologies should be used to ensure the broadest analyte coverage, and then as the barriers to adoption of LC-MS technology begin to come down and users become more familiar with the technology then the shift from immunoassays to LC-MS will undoubtedly grow. This is my opinion though, so would be glad to hear yours.