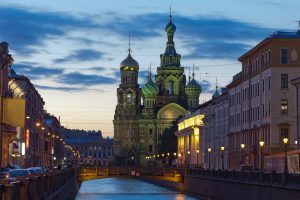 “Who is the murderer?” he repeated, as though unable to believe his ears. “You, Rodion Romanovich! You are the murderer,” he added almost in a whisper, in a voice of genuine conviction. — Fedor Dostoevsky, Crime and Punishment

The man saying these words is Porfiry Petrovich in the novel Crime and Punishment by Fedor Dostoevsky. He is the detective in charge of solving the murders of Lizaveta and Alyona Ivanovna. He guides Rodion Romanovich Raskolnikov towards confession through psychological games even though Petrovich hasn’t gathered enough hard evidence to arrest Raskolnikov.

As explained in this blog post, the application of isotope fingerprints to forensic investigations has become more commonplace because there is a need for a rigorous scientific foundation underpinned by sound analytical techniques. Those who already use isotope fingerprints, the Isotope Hunters, know that crime scenes contain a wide array of materials and samples which can be analyzed by isotope ratio mass spectrometry and can deliver quantitative empirical evidence that is reproducible and easy to validate.

Identifying the difference in a material or where it comes from can be achieved because materials have a unique chemical signature, the isotope fingerprint. To visualize this fingerprint, Isotope Ratio Mass Spectrometry (IRMS) is used, measuring the stable isotopes of sample material that are essentially chemically identical, but physically different from each other.

Do you work with other samples analyzed with IRMS for forensics applications? Share them in the comment section below!

Differentiating fibers can provide a framework to connect a suspect with a fiber found at a crime scene or to exclude potential suspects.

In this paper, Douglas J. Beussman, shows that isotope ratio mass spectrometry can be applied for the analysis of fibers and can be considered a complementary technique to infrared and Raman spectroscopy. Infrared spectroscopy can discriminate different types of fibers such as cotton, silk, or polyester with similar appearances. Infrared and Raman spectroscopy analysis can differentiate fibers with different dyes and contaminants. However, they can’t distinguish between different fibers of the same material and color (i.e. two different white cotton fibers). With IRMS, a common source for two fibers can be excluded. For fibers with the same isotope ratios, additional circumstantial evidence that they might be related can be found.

Differentiating and comparing adhesive tapes from a suspect or a crime scene is often the object of the study of forensic scientists.

For example, researchers at the Austrian Research Centers GmbH tested the application of IRMS for distinguishing different South Korean adhesive tapes produced by just a few manufacturers in the small South Korean market. The hydrogen and carbon isotope fingerprints of Korean adhesive tapes were analyzed after the glue of the tapes was separated from the backing material. The result shows the possibility of discriminating most tape samples, even from the same brand.

Also, James F. Carter and his colleagues studied the potential of IRMS for pressure-sensitive adhesive tape (brown parcel tape), which is commonly used in criminal activities or as the enclosure of explosive devices and the packaging and concealment of controlled drugs.

Since the production of such packaging materials is spread worldwide, distinguishing between different products or linking materials to a common source represents a challenge for finding evidence of criminal activity. However, by using stable isotope ratio mass spectrometry, James F. Carter and his colleagues could characterize parcel tapes based on a number of properties. Studying carbon isotope fingerprints derived from the substrate polymer associated additives and adhesive allows distinguishing samples from different sources.

By studying the isotope fingerprints of human remains like teeth enamel, hair, bone collagen and fingernails the movements of individuals can be traced and, in some cases, it brings investigators closer to identifying their identity.

Ehleringer et al. in 2008 explained that using hydrogen and oxygen isotope fingerprints, a sufficiently strong correlation can be proved between local tap drinking water and human hair. Despite the potential dietary influences that may affect hydrogen values, the overall relationship provides a framework to understand human movements. (Read the  summary).

Christine Lehn and colleagues presented the results of stable isotope analyses of body residues of two adults and a newborn found in Germany between 2010 and 2012. Hydrogen, carbon, nitrogen and sulfur isotope fingerprints in hair and bone collagen samples were analyzed to determine the geographic origin and movements of unknown individuals. “Amino acid composition and, as a consequence, δ2H, δ13C, δ15N, and δ34S values in human keratin and bone collagen are different. Consequently, correction factors were determined to compare isotopic data of bone collagen with those of an extensive worldwide reference hair collection.” Then, “…the isotopic signatures in hair and in bone collagen samples were compared to geographical groups of reference hair samples by canonical discriminant analysis…” (Lehn et al., 2015)

The results provided a framework for provenance for the unidentified persons as requested by the police and prosecution. The successful identification of individuals serves as proof that studying and comparing isotope fingerprints can be of critical support in forensic science.

Other examples and future scope of research

Of course, this is a non-extensive list because, as the literature shows, the Isotope Hunters at the crime scenes can also investigate explosives, drugs, safety matches and much more. The differentiating potential of IRMS is also being verified on paints and varnish, soil (in case of transfer on shoe soles), microbial studies, poisons, documents, etc.

Ah, don’t disdain life!” Porfiry went on. “You have a great deal of it in front of you.”  — Fedor Dostoevsky, Crime and Punishment

These examples show that forensic scientists can benefit from studying the isotope fingerprints of crime scene materials, especially when other techniques are not able to differentiate samples based on their chemical characteristics.

The isotopic information is used to generate intelligence and to orientate investigations, and it should be interpreted in the context of the case and in conjunction with other elements, as a complementary piece of the puzzle to solve.

To learn more how isotope fingerprints are used for forensics cases click on the resources below:

Follow the adventures of the Isotope Hunters as they investigate the origin and authenticity of samples with isotope fingerprints. Using isotope ratio mass spectrometry (IRMS), the Isotope Hunter gains access to information on geographic region, botanical processes, soil and fertilization processes, and fraudulent practices. Are you an Isotope Hunter? Investigate here.