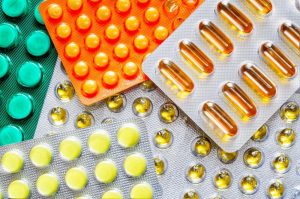 Impurity analysis is an essential component in many fields including food safety, environmental analysis and pharmaceuticals. However, the questions may be asked, “what actually are they, why do we need to analyse them and what are the regulations surrounding pharmaceutical impurities?” To find out more on this subject, I was lucky enough to be able to pose these questions to Dr. Christian Zeine. Christian is the Global Product Manager for pharmaceutical reference materials at LGC – a leading global producer and distributor of reference materials for various analytical applications.

Christian is also the author of numerous articles introducing the general topics of impurity testing and reference standards. Below Christian overviews pharmaceutical impurities to me in this interview.

Christian, what are pharmaceutical impurities?

Let us assume you hold an aspirin tablet in hand, against your headache, ready to swallow it.

An impurity in this tablet is defined as any substance in the tablet that is not the API (active pharmaceutical ingredient, here aspirin), nor an excipient used to produce the tablet. That is more or less the definition of the ICH (International Council for Harmonisation, www.ich.org ) for an impurity. The impurity is introduced into the tablet either as a trace component of the API/excipient, or is developed during the shelf life of the medicine.

Why is it important to study impurities?

Are there different types of impurities?

Oh yes. Impurities can stem from the synthesis process of the API, like starting materials, intermediates or by-products. To this regard, different synthesis routes for a certain API can mean different impurity profiles. Even more important are degradation products, also called degradants. They can occur in the API due to interaction with light, moisture or the oxygen in the air. While it would still be possible to remove such degradants from the API, it is not possible anymore for the finished dosage form (FDF), like the aspirin tablet, later. Additionally, in the FDF, further degradants can occur arising from interaction of the API with one or more of the excipients used to produce the FDF. That is why major degradants, together with problematic starting materials, intermediates and by-products from the API synthesis, form a range of what is called “specified impurities.” For these specified impurities, the manufacturer, or more precisely the market authorisation holder who markets the FDF later, gives in their dossier specific limits for these impurities that must not be exceeded during the entire shelf life a certain batch of the FDF. Furthermore, residual solvents and heavy metals (e.g. from catalysts) are also considered impurities, but let us put these aside here.

What regulations are there in this area?

For organic impurities of chemically defined APIs and FDFs, ICH issued guidelines Q3A and Q3B. ICH guidelines are transferred into national or regional regulation, in the USA by the FDA for example, or in the UK by the European Commission/MHRA.

Q3A and Q3B stipulate when impurities need to be reported, identified and qualified (be given a specific, scientifically justified limit) in the dossier for market authorisation. Originally, Q3A/Q3B were developed for new medicines, but in Europe, the USA and some other parts of the world they must be applied to generic medicines as well. Other regions will certainly follow.

What a lot of people do not know: You need to consider ICH rules on top of the limits described in the monographs of the leading pharmacopoeias. The European Pharmacopoeia (Ph.Eur.) has special chapters that relate each monograph to the ICH rules. And in the US, the FDA issued guidances for that purpose, complementing the compendial approach of USP.

What is a typical workflow for analysing these?

If you develop a completely new, chemically defined API, you do forced degradation studies on the API to get a first idea of possible degradation impurities, besides those that come from the synthesis process. For the impurity profile found for the API, you develop and validate a stability indicating analytical method, separating all impurities sufficiently from the API. You will do the same at some point for the FDF. Using that stability indicating method as a start, you look on the impurity levels as they result from the real stability testing studies (ICH guideline Q1 series). At that point at the latest, you have to decide which impurities you need to report, to identify or even to qualify according to Q3A/Q3B.

For a generic medicine, you test the API according to the monographs of USP, Ph.Eur. etc., and take action according to Q3A/Q3B when your impurities are above the monograph limits. For the FDF however, like above, you do forced degradation as well, develop/validate the stability indicating method, and do stability testing, deciding which impurities to report, identify and qualify.

Why are standards important in this process?

To start with, impurity standards are very useful tools for a correct identification.

What’s more, the stability indicating methods give precise and accurate results for the API levels, either for the API itself or the FDF. You normally use this method as a starting point for the impurities as well, but their analytical responses to the detector will be different. So for the quantification, you need well characterised impurity standards as reference points, too. You can use them to set up relative response factors (RRFs) in comparison to the API, but a safer approach is to use them later directly in the routinely used methods. RRFs sometimes have robustness issues, and you could rule that out by a direct use of the reference standard.