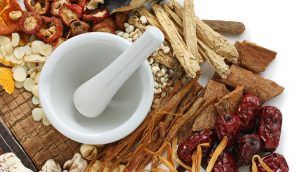 Research has determined the countries that demonstrate healthy diets with nutritious foods tend to have a longer life expectancy.

Studies on the Japanese population – which has one with the lowest mortality rates in the world — have reported that the nation’s healthy diet, which is low in saturated fats and processed foods, and is high in carbohydrates gained from both rice and vegetables, is the main reason behind the high life expectancy.

It should not surprise then, considering the proof that diet is the key contributing factor for life expectancy, that within the past few years there was an increased focus on the so-called functional food: a food claimed to have an additional function often related to therapeutic benefits or disease prevention.

This topic, however, is other than new, as in China, for example, the concept of “functional food” dates to dynasties in the BC era, and it is very much related to the philosophy behind Traditional Chinese Medicine (TCM). According to TMC, food is considered to trigger therapeutic properties.

Considering the substantial demand for functional foods, it is no surprise that, as with many other food and beverages, “functional foods” have been the subject of fraud and adulteration. In this post, we will explore some examples (Goji berries, Red Yeast Rice and Ginseng) and investigate how isotope fingerprints have been used to uncover the adulteration.

Isotope fingerprints are unique chemical signatures that allow identification of product origins or fraudulent changes of the original product. The isotope fingerprint of foods and beverages is region- or process-specific, which means that products can be differentiated based on geographical region, botanical processes, soil and fertilization processes, and fraudulent practices. These processes can be traced using carbon, nitrogen, sulfur, oxygen and hydrogen isotopes, with their variations indicating the origin and history of food and beverage products.

Bring your questions to our experts at the booth. Don’t miss the chance to meet the Isotope Hunter in the interactive room. Are you ready to become an Isotope Hunter, too?

Goji berries are an essential source of dietary fiber. Various studies found the beneficial components of these berries, such as polysaccharides (which help improve immune function), beta-carotene (vital for eye, bone and skin health, and cell development) and Zeaxanthin (immune system support).

Goji berries are mainly produced in the northwest regions of China, including Ningxia, Inner Mongolia, Gansu, Qinghai and Xinjiang provinces. The Zhongning Goji Berry (Ningxia Province) is a protected geographical indication product of China (GB/T 19742-2008). Because of the high value associated with goji berries cultivated in this specific area, and the high demand, goji berries can be subject of mislabeling regarding the geographical origin. So, the question here is: Are my Goji berries (Gou Qi Zi) really from Zhongning?

There are two primary challenges: shape, color, and odor of Goji Berries from different producing areas are not significantly different, and the compounds in Goji Berries are affected by berry maturity, storage conditions or different processing methods, which can disguise geographical origin.

Overcoming these challenges is important mainly because the medicinal quality of the berries from specific regions determines price/added value. Carbon Isotope Fingerprint can be used as an “identifier” of the geographical origin, as the value of the carbon isotope fingerprints are local – regional scale specific. By comparing the values of carbon of the samples of goji berries, the geographical origin of berries can be identified.

Red yeast rice is a type of fermented rice that acquires its color from being cultivated with the mold Monascus purpureus. Red yeast rice (RYR) contains the compound monacolin K — the same active ingredient found in prescription cholesterol-lowering medications like lovastatin.

Among the benefits of red yeast rice, the most important are related to the reduction of cholesterol levels, inflammation, and cancer cell growth. The concentration of monacolin K defines the red yeast rice quality: this is obtained by a lengthy and expensive fermentation process. However, monacolin K is not always present in sufficient pharmacological effective quantities, due to variations in the fermentation process. Producers then, to reach these levels, add biosynthetic lovastatin. Such artificial “improvements” of the product quality is considered adulteration.

Here the question is: Is my red yeast rice authentic? Is biosynthetic lovastatin added to RYR products to artificially enhance quality, as a substitute for monacolin K?

Monacolin K from authentic RYR relates to botanical origin: since rice belongs to plants with a C3 photosynthetic pathway value of carbon isotope fingerprints, it can be differentiated from the biosynthetic lovastatin, which derives from C4 plants.

Ginseng is the root of plants in the genus Panax, with many varieties cultivated in Korea, China, and North America.

Ginsenosides and gintonin are the two main compounds of ginseng which provide a series of health benefits, including among others: slowing the aging process, supporting the fight against cancer, enhancing the immune system, and having antioxidant and anti-inflammatory properties.

Cultivation methods of ginseng might influence the quality of the product. For example, intense cultivation with fertilization practices in the same production area might negatively affect quality.

Also here, the question is about the origin and authenticity of ginseng: Is my ginseng from China or America? Am I paying for the ginseng that comes from the correct place? Is my Korean ginseng authentic?

By using hydrogen Isotope Fingerprints the researchers could differentiate the American ginseng grown in China and compared to North American products. Additionally, carbon, nitrogen and sulfur Isotope Fingerprints can give more answers regarding the soil conditions and fertilization process in paddy fields. In both cases, though, there might be the potential for the so-called  ”continental effect” where Korean and Chinese values overlap slightly.