Is there really an increasing number of pesticides in food? 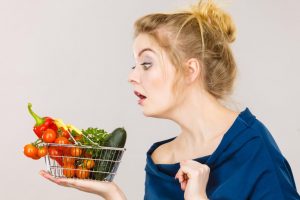 I recently read an article titled, “Nearly half of British Foods contain pesticide residue,” in the New Food Magazine. The article was in response to the recent release of the Expert Committee On Pesticide Residues Annual Report  2016, which stated that  48% of the 3,450 samples (41 different food types) tested in The UK national monitoring programme for pesticides contained at least one residue. The results of five samples were notified to The EU Rapid Alert System for Food and Feed (RASSF) because of concerns about the risk to the health of people eating these foods, while 10 samples contained pesticides not approved for use in the UK on those crops.

I suspect that many consumers would not only be alarmed by these findings, but would also question the safety of the food supply and perhaps assume that these results must be due to increasing usage of pesticides in modern agricultural practices. Well the underlying facts show that this is not necessarily the case.

One purpose of the UK pesticides monitoring programme is to check that pesticides are applied according to the label instructions, so the peel and skins on fruits and vegetables are actually included in the analysis. Pesticides on the surface of citrus and bananas, for example, are not typically consumed and unlikely to present any significant consumer health risk. In addition, owing to increasing stringent controls on the usage of pesticides, it is unlikely that the number of pesticide residues in food is increasing. Hence, the detection of pesticides in food can be attributed to the better capabilities of testing laboratories that allow them to develop better detection and sensitive quantitation of pesticides in food. Recent developments in LC-triple quadrupole MS and GC triple quadrupole MS technologies have enabled more pesticides to be analysed at lower concentrations with increased confidence, with increased productivity (more analytes per single method), and at lower costs.

In the 2016 report, some fruit commodities were monitored for 374 pesticides with quantitation limits mostly at 0.01 mg/Kg. This is in stark contrast to the situation in 1993, when working for the UK government analyst, I was first involved in analysing samples for the UK pesticides monitoring programme. In 1993, soft citrus (satsumas, clementines, mandarins and tangerines) were only tested for 20 pesticides: carbendazim and thiabendazole using LC-Fluorescence, and 18 further pesticides using a combination of GC with Electron Capture Detection (GC-ECD) and GC with Flame Photometric Detection (GC-FPD).  All 90 samples contained at least one residue in the range 0.05-4.9 mg/Kg, with multiple residues (2-4) found in 58 of the 90 samples. Only a low percentage of residues were confirmed using a single quadrupole mass spectrometer, a situation that would not be considered acceptable by today’s standards. The limits of quantitation were all in the range of 0.05 – 0.5 mg/Kg, at least 5- 50 fold higher than today’s limits. How things have changed!

LC-triple quadrupole MS systems  now provide accurate quantitation at low concentrations with excellent robustness, even for complex matrices in routine analysis as described in an application note titled, “Robustness, reproducibility, reliability with best-in-class sensitivity: Increased confidence in targeted quantitation of pesticides in food matrices.” LC-MS/MS is increasingly important because many of the new, safer and less persistent pesticides being developed to replace the outdated organophosphate (OP) and organochlorine (OC) compounds are amenable to LC-MS rather than GC-MS.

Nevertheless, GC- MS is also important because many pesticides, including the OC pesticides do not give sufficient response by LC-MS. The Thermo Scientific TSQ 8000 Evo GC-MS/MS provides good selectivity, sensitivity, speed and robustness for the routine analysis of more than 100 pesticides in a single  analysis as shown by an application note titled: Three-Fold Increase in Productivity for Pesticide Residue Analysis in Baby Food Using Fast Triple Quadrupole GC-MS/MS.

So, is there an increasing number of pesticides in food?  We know that the testing today is more effective than in the past, and the controls on the usage of pesticides are more strictly enforced, so it is likely that the total concentration of pesticides in foods is lower than in the past.  Also, the pesticides developed today exhibit higher efficacy at lower application rates, are less persistent in the environment and have lower toxicity than the older generation OPs and OCs. As a consumer I am reassured by these developments and have no concerns about the number and concentrations of pesticides found in food, providing effective monitoring is maintained and improved.

On that note, it is possible that the number of different pesticides detected in the monitoring programmes could increase further especially if:

To find out more about pesticide residue testing in food products, visit our Food and beverage community website.