Isotope Fingerprints Fun Facts: How to Discover Origin and Authenticity with Isotope Analysis 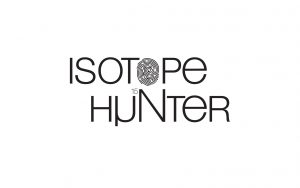 1. Who accompanied Christopher Columbus on his second voyage to America?

In his book, Nothing but the Tooth: A Dental Odyssey, Barry K.B Berkovitz explores how isotope fingerprints led to clarify great historical events, starting from the analysis of teeth remains.
One of the examples is linked with the second visit of Christopher Columbus in the New World. Barry K.B Berkovitz explains that “… The skeletons of 20 individuals were unearthed at La Isabela, in the Dominican Republic, a place thought to be the first European town founded in the New World. Remarkably, there is strong evidence that these remains represent part of the original crew of Columbus’s second visit to the New World (1493–1496).”
Isotope fingerprints of oxygen, together with those of carbon and strontium from the enamel of the teeth provided a surprising result. There was strong evidence that not one, but three of the skeletons were of individuals born in Africa. This view was further supported by the findings that some of the teeth showed intentional dental modifications (whereby the teeth had their shape deliberately altered by filing) typical of those occurring in West Africa. These new findings indicate that more native Africans were involved in the first documented explorations of America than previously suspected. (From Berkovitz [2013] Nothing but the Tooth: A Dental Odyssey. Elsevier. 1st Ed. Pages 93-111.)

2. How can isotope fingerprints help reduce the risk of air-birds collisions?

On January 15 2009, US Airways Flight 1549 took off from LaGuardia Airport in New York for Charlotte, North Carolina. While flying over New York, the plane encountered a flock of Canadian geese that were sucked into the plane engines, resulting in their failure. Thanks to the experienced pilot, the plane landed safely on the Hudson River and all passengers and crew were saved.

The hydrogen isotope fingerprints measured in feathers can be employed as geographic markers, as they reflect the types of vegetation in the bird’s diet at the time it grew new feathers after molting. Using isotope ratio mass spectrometers, the scientists compared the bird-strike feather samples with samples from migratory Canadian geese and from resident geese close to LaGuardia Airport. Their analysis revealed that the isotope values of the geese involved in the engine failures of Flight 1549 were most similar to migratory Canadian geese from the Labrador region and significantly different from feathers collected from Canada geese living in the New York City region. The finding can help wildlife professionals develop policies and techniques to reduce the risk of future collisions

3. How was King Richard III identified in England?

The paper ”Identification of the remains of King Richard III” by King, T. E. et al. investigates how human remains excavated on the site of Greyfriars Church, Leicester, in September 2012  could be linked to King Richard III, known to have ascended to the throne in 1483 and having discredited the legitimacy of Edward’s marriage and therefore the claim of his brother’s sons to the throne.

His death on August 22, 1485 at the Battle of Bosworth marked the beginning of the Tudor period after the 300-year old Plantagenet dynasty. Being the last English king to be killed in battle meant that his precise resting place was lost, and therefore no further investigations could be carried out by archeologist and historians to learn more about this controversial monarch.

The remains found in Greyfriars Church were dated by radiocarbon analysis to the period of Richard III’s death. By analyzing the carbon, nitrogen and oxygen isotope fingerprints in the teeth and bones, the Isotope Hunters at Leicester University discovered that the remains belonged to an individual with a high-quality diet, including much freshwater fish and exotic birds such as swan, crane and heron, and a vast quantity of wine. A banquet fit for a King, of course! (From King, T. E. et al. Identification of the remains of King Richard III. Nat. Commun. 5:5631 doi: 10.1038/ncomms6631, 2014).

4. How do isotope fingerprints help identify the origin of wine?

Counterfeit production of wine has a long history, dating back to early Romans. In the last few years, Rudy Kurniawan has become infamous was after being  sentenced to 10 years in jail for committing wine fraud. In more than a decade he sold over $20 million worth of fake wine to collectors.

Oxygen isotope fingerprints can be used to identify the geographical origin of wine. The grapes used to produce the wine carry a local-regional fingerprint primarily derived from the hydrological cycle associated with local rainfall, but can also be influenced by cultivation practices, soil processes and geological characteristics of the local area, altitude and proximity to the shoreline. The oxygen isotope fingerprints change in rainfall as you move further inland from the shoreline and with increasing altitude because heavier isotopes are released from the clouds first, meaning heavier isotopes are closer to the coastline compared to further inland. This characterizes the wine in a unique way and is a marker of the origin location of grapes (read more here about meat and wine authenticity by isotope fingerprints).

5. How can isotope fingerprints discover the presence of breast cancer?

Breast cancer is the most common cancer in women worldwide. Breast cancer therapies and prognostics depend on the metabolic properties of tumor cells. However, metabolomics have not provided a robust and congruent biomarker yet, likely because individual metabolite contents are insufficient to encapsulate all of the alterations in metabolic fluxes. The authors of the paper “13C and 15N natural isotope abundance reflects breast cancer cell metabolism” investigate how natural 13C and 15N isotope abundance show that there are isotopic differences between healthy and cancer biopsy tissues or between healthy and malignant cultured cell lines. Isotope mass balance further suggests that these differences are mostly related to lipid metabolism, anaplerosis and urea cycle, three pathways known to be impacted in malignant cells. Obtained results demonstrate that the isotope signature is a good descriptor of metabolism since it integrates modifications in C partitioning and N excretion altogether. According to the authors, this study is a starting point to possible clinical applications such as patient screening and biopsy characterization in every cancer that is associated with metabolic changes.

To learn more about how isotope fingerprints are used for forensics cases click on the resources below: