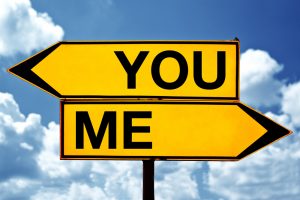 Around one hundred years ago J. J. Thomson was busy researching how charged particles can be separated by their mass-to-charge ratio, a technique that became known as mass spectrometry. A technique that would become ubiquitous in the pharmaceutical industry for structural analysis and impurity profiling.

Around the same time a wet chemistry-based technique had been developed to analyze heavy metal impurities in pharmaceuticals — this later became documented as U.S. Pharmacopeia General Chapter <231> Heavy Metals. This colorimetric procedure was based on the precipitation of heavy metals and was applicable only for certain elements (Mo, Pb, Cu, Hg, As, Bi, As, Sb, Sn, and Cd). A chemical reaction of the metal ion was performed with thioacetamide at pH 3–4 to produce a precipitate of the metallic sulfide, which was then compared with a standard lead standard solution. It relied on the ability of heavy elements such as lead, mercury, bismuth, arsenic, antimony, tin, cadmium, silver, copper, and molybdenum to react in exactly the same way as lead. Unlike the newly emerging technique of mass spectrometry, USP <231> was not specific nor did it provide adequately sensitive measurement of toxic elements of interest; with the method designed to ensure metal impurity specific did not exceed a limit of 10 parts per million (ppm).

Breaking up is hard to do

For more than one hundred years, USP <231> was replicated in many global pharmacopeia and stood as the de facto method for determining heavy metal impurities in pharmaceuticals. However, like any long term partner, over time you begin to see their faults, and USP <231> certainly had its faults:

In 2008 the U.S. Pharmacopeia acknowledged that it had irreconcilable differences with <231>. It was time for a change. A committee was directed to conduct a workshop that would advance specifications for metals testing on the basis of risk assessment, toxicological science and modern analytical technology. A general consensus from the workshop was that the <231> colorimetric methodology for metals testing was inadequate and should be replaced by instrumental methods of greater specificity and sensitivity for a wide range of metals of interest, which would include modern spectrometric and spectroscopic methodologies.

This set in place a chain of events that lead to where we are today. While pharmacopeia had persisted for a century using the same method, analytical science had developed exponentially. J.J. Thompson’s mass spectrometers are now commonplace and affordable. Inductively coupled plasma mass spectrometry (ICP-MS) is now the technique of choice for ultra-sensitive determination of elemental impurities in many industries. ICP-MS has both the sensitivity and selectivity that <231> was missing.

Unsurprisingly, new harmonized methods and limits (USP <232>, <233> & ICHQ3D) were decided on by pharmacopeia and regulators which include guidance on analytical technologies. These come into force on 1st January 2018.

At the same time we bid farewell to USP <231>. It will be deleted from pharmacopeia on the same date and will no longer be recognized by most international regulators. For the millennials among us, it is the equivalent of blocking the ex on Instagram.

There’s plenty of fish in the sea

So, it’s time to move on. How can you find a new method to meet your needs? The game has changed, there’s so much choice; Atomic Absorption Spectroscopy (AA), Optical Emission Spectroscopy (ICP-OES) and mass spectrometry (ICP-MS) are all techniques that could be suitable for the newly introduced regulations. We’re here to help match make you to the right technique for your needs. Below you’ll find some key resources:

Finally, if you want help in setting up for new regulations, complete this short form to GET A QUOTE.