For an application chemist, challenging sample matrices are as exciting as letting a small child loose in a toy store. This was especially true for me. Two particularly challenging sample sets immediately come to mind. One was a set of digested rock samples from a niobium mine that I was analyzing with an ICP-OES. The customer was looking for 15 elements, with lead being of highest importance. Boy was I excited! However, that excitement was soon replaced with hair pulling, fist shaking, mild cursing and foot stomping.

I spent hours scanning single element standards for lead and niobium, trying to find a wavelength for lead that I could use for my data collection. I had prepared a niobium standard at a concentration that approximated that in my unknown samples and the spectral emission lines were everywhere! I pored over wavelength tables, searched the line library in the software, desperately trying to find an emission wavelength for lead that didn’t suffer from a severe spectral overlap with niobium.

If only I’d had a Thermo Scientific™ iCAP™ 7000 Plus, I could have used the Element Finder plug-in within the instrument’s software to automatically scan my sample matrix and find an interference-free wavelength for lead. In just a couple of minutes, and with very little effort on my part, I could have introduced my sample into the plasma and allowed the software to determine which lead wavelength/s were relatively interference-free and suitable for use in my analysis. In fact, the software could have performed this determination for every analyte I wanted to measure!

Even better, I could have used the software feature to make sure I was reporting all the measurable analytes of interest! In addition to reporting data for the elements the customer was interested in, I could use Element Finder to determine whether there were additional elements that I might have ignored or overlooked. Even better, I could use Element Finder to determine interference-free wavelengths for each of those additional elements! I would have gotten a nice, graphical output to help me with my method development.

I can recall another example when I was using an ICP-MS to measure trace levels of arsenic in a sample matrix that mimicked that of bleach (i.e., it contained very high levels of chlorine). It was another challenging application that I was ready to tackle, and another application that made me want to jump up and down in frustration.

Arsenic has a single isotope at mass 75 and it’s the same mass that ArCl has when argon atoms in the plasma combine with chlorine atoms in your sample (Ar = 40, Cl = 35). As you can imagine, you will end up with significant amounts of both argon and chlorine when you’re running samples that contain high levels of chlorine in an instrument with an argon-based plasma. The end result is the formation of very high levels of ArCl that interfere with the measurement of arsenic at that exact same mass.

I spent a large portion of my day trying different interference removal techniques – I tried using correction equations to account for the presence of the ArCl in each of my samples. I tried introducing oxygen into the collision cell of my ICP-MS to cause a reaction with arsenic that would form AsO at a mass of 90. I tried pre-treating the sample using an ion exchange method to separate the arsenic from the sample matrix prior to analysis. All of my attempts to correct for the ArCl interference were ineffective to at least a small degree.

If only I’d had a Thermo Scientific™ iCAP™ RQ ICP-MS, I could have used the innovative QCell in collision mode with a small amount of helium to tackle this application with ease. As depicted below, the instrument is effective in using helium to alter the kinetic energy of larger molecules (ArCl in this case), which prevents them from passing through to the instrument’s detector.

The built-in low mass cut-off feature prevents precursor ions from getting into the QCell and forming molecular species as they leave the cell. It’s completely controlled through the instrument’s software and it operates seamlessly to the user.

There’s a lot to like about iCAP….these are two more examples. 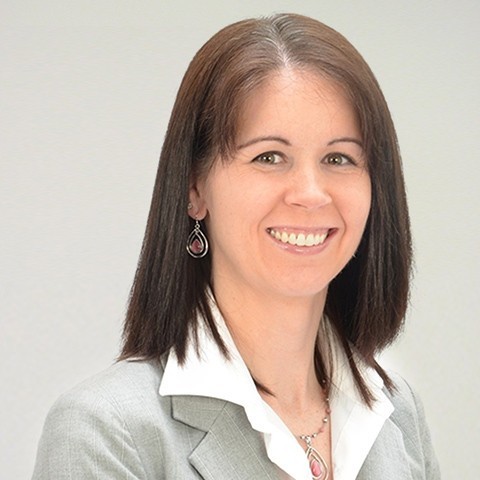