Life Begins At 40 – A Brief History of LC-MS/MS 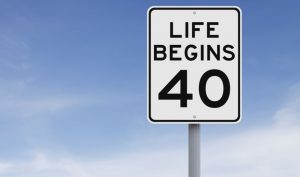 OK, so technically that’s three quadrupoles, hence commonly the terms ‘triple quads’ or ‘QQQ’ are used interchangeably with ‘tandem quadrupole’. I hear both frequently and it’s potatoes/potatas, or perhaps as they say in Dublin, ‘taytos’. Still, I’m sure IUPAC purists will no doubt be cringing at one or the other.

So, How Did Tandem Quadrupole LC-MS/MS Get To Where It Is Today?

In 1967, Robert Emmet Finnigan, an entrepreneurial scientist with a successful history of developing gas chromatography systems formed the Finnigan Instrument Corporation. In early 1968, Finnigan delivered its first quadrupole GC/MS instrument and the company went from strength to strength throughout the 1970s as it dominated the ballooning global GC-MS market.

During the 1970s and 1980s several parallel events were unfolding to bring us the story of the commercial tandem quadrupole LC-MS/MS today:

In 2018, Thermo Fisher Scientific launched its latest tandem quadrupole LC-MS/MS system, built on forty years of innovation; the Thermo Scientific™ TSQ Fortis™ Triple Quadrupole Mass Spectrometer is designed for applications that demand an optimal blend of speed, robustness and sensitivity for accurate quantification of hundreds of compounds, in any matrix, by users with varying levels of expertise. The TSQ Fortis mass spectrometer gives users a robust instrument that lets them answer more complex questions per sample with increased productivity, data quality, and high confidence in results.

It’s great to see that after forty years tandem quadrupole LC-MS/MS systems continue to get smaller, faster, and evermore productive. They show no sign of slowing; unlike myself, sadly. Nonetheless, I’m holding on to the mantra that life begins at 40.

January 29, 2019 at 4:50 am
How can Triple MS be introduced as a viable replacement for large-volume UV analysis of low concentration formulation assay? Current technique involves outdated equipment, and the volume injected cannot be carried into new equipment offerings. So MS wold be the logical option. But I can't seem to convince anyone to consider developing it.

July 8, 2020 at 4:27 am
Are there any pictures and specs of old Finnegan Mat quadrupole instruments from the 1980's. I have moved back into mass spec and no-one knows about this instrument