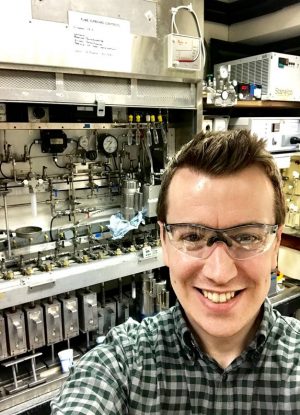 Part 1: Understanding How Isotope Fingerprints Are Used for Environmental Investigations

In many countries, institutions are investigating ways to detect and measure pollution levels, allowing regulatory bodies to implement preventive actions to limit the negative effect of pollution on the air, land, and water, and their associated risks for human and environmental health. In environmental investigations that seek to understand climate change or pollution sources, isotope fingerprints can provide a unique insight into the origin or production of a sample material, providing a strong supportive tool for investigators (read more here). Around the world, many specialist laboratories have been using isotope ratio mass spectrometry in their investigations for detecting pollution and to answer environmental questions. One such laboratory is the National Environmental Isotope Facility based at the British Geological Survey in Nottingham (UK), where the “Isotope Hunters” have been providing expert support for environmental research. In this series of posts, we want to better understand the work of “Isotope Hunters” for environmental investigations. For this reason, we interviewed Dr. Andi Smith and Dr. Jack Lacey, who will be discussing the work they carry out on environmental change within their specialty of stable isotope geochemistry. Are you an Isotope Hunter, too? Share your investigations in the comments!

Thank you for being with us! Can you introduce yourselves and describe what you do at BGS?

We are two members of the National Environmental Isotope Facility (NEIF) based at the British Geological Survey in Nottingham (UK), Dr. Andi Smith and Dr. Jack Lacey. We are both early career researchers and have been fortunate enough to find novel jobs within academia, outside of the traditional university setting. NEIF is a partly publicly funded facility that advances research and innovation in environmental science and provides UK researchers access to a wide range of isotope analytical capabilities and training. We are two of NEIF’s lead stable isotope geoscientists, our roles involve fostering collaboration with the academic community for environmental change research, operating several of the facility’s mass spectrometer systems and running the dedicated geochemistry laboratories. This means we work on a wide range of environmental research areas, from climate change reconstruction in deep time (millions of years) right up to tracing modern anthropogenic pollutants and understanding human impact on ecosystems.

You just mentioned a few fields of investigation. What is your main field of application and what are you looking to determine?

Our main area of research is broadly defined as environmental change as a global challenge but, as suggested above, this spans a considerable range of research areas and application science. However, the analysis of light-stable isotopes by mass spectrometry (primarily those of hydrogen, carbon, nitrogen, oxygen, and silicon) underpins all of this science. We utilize isotopes in a vast array of environmental materials including, but not limited to, carbonates, silicates, waters, sediments, gases, and organic materials. So, a good question here is how can stable isotopes be used to trace changes in the environment?

To answer this, you must return briefly to the basic principles of isotope geochemistry. Atoms consist of protons, neutrons, and electrons; those with the same number of protons are chemical elements. However, atoms of the same element may have different numbers of neutrons. Those that don’t undergo radioactive decay (due to having too many or too few neutrons) are stable isotopes. For example, carbon atoms have six protons and the majority contain six neutrons (12C), but around 1% have seven neutrons (13C). The additional neutron adds mass, which changes the physical properties of the atom. Lighter isotopes react faster and form weaker molecular bonds. Isotopes can, therefore, be partitioned across reactions driven by natural and anthropogenic processes, leading to distinct isotope signatures or changes in the relative proportion of isotopes over time. As light-stable isotopes (e.g. H, C, N, O, Si) are found in abundance in our environment they can be used to trace changes within geological, hydrological, and biological systems. It is these changes that we can detect and use to interpret how any given molecule has formed or transformed over time. Then it is a case of choosing the correct molecule and isotope system to answer a specific research question.

For instance, to identify the source of high concentrations of polluting methane (CH4) in a drinking water aquifer, as scientists we may consider its carbon isotope composition. This will confirm whether the methane is formed in the near subsurface local to the aquifer (bacterial), or under great heat and pressure in the deep subsurface (thermogenic). These processes separate lighter and heavier carbon isotopes to a different extent during the formation of methane, imparting a distinct carbon isotope signature to each source. Alternatively, to better understand environmental change over geological timescales we may examine the oxygen isotope composition of lake, marine, or ice cores, which can help us to reconstruct past changes in local, regional, and global climate.

Can you provide examples of your research in this field?

Here are two examples of projects we are working on, hopefully, these offer an impression of the type of research we carry out within NEIF. 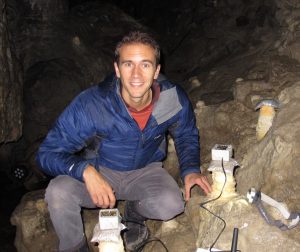 Jack and a team of researchers from the BGS, University of Nottingham, and the University of Eldoret have been investigating the impacts of cultivating fish (aquaculture) on the Winam Gulf of Lake Victoria, Kenya. Aquaculture is important for food security, poverty reduction, and brings socio-economic benefits. However, demand exceeds production and investment in cage culture has risen rapidly over recent decades. Overfishing, pollution, and climate change have led to increased turbidity, nutrient enrichment, and shifts in biodiversity in the main body of Lake Victoria since the 1930s, but less is known about the impacts on the Winam Gulf. We are using sediment cores from around the gulf to provide context for anthropogenic influence and environmental degradation, where each core records over 100 years of environmental change. Geochemical analysis of the sediment enables us to determine the pre- and post-aquaculture state of the lake and to define the nature and timing of changes resulting from increased human activity. The project is underway, and samples are in the lab at present. Using carbon and nitrogen isotopes we hope to better understand how excess nutrients and waste products from aquaculture impact the ecosystem. Additionally, we aim to identify external sources of pollution and investigate how the intensification of agriculture and urbanisation has contributed to external nutrient input and eutrophication. This information will be relevant for policymakers, stakeholders, and management strategies to encourage sustainable use of the lake resources.

Whilst Andi has been working with colleagues at St. Andrews University using oxygen isotopes associated with phosphate (PO4) to help trace life in one of the most inhospitable places on Earth, the Atacama Desert in Chile. This work was undertaken to help us benchmark the environmental conditions suitable for life on Earth, and possibly other planets. The Atacama Desert is the driest place in the world with some regions receiving less than 2 mm of rainfall in a year and much of the desert only 20 mm per year; for context, the UK receives on average 885 mm annually! So, our research question was simply at what point can life start to take hold at such extremes? To answer this, we use phosphate oxygen isotopes as an indicator for life. Where no life exists, phosphorus is available only from weathered bedrock and its isotope signature is stable over millions of years. However, if there is an active phosphorus cycle, a prerequisite for even simple life (phosphorus is needed to form DNA and RNA), then the oxygen isotope values of phosphate change as it is cycled within cells. In this study, stable isotope analysis helped us to identify active microbiological communities within the Atacama, in regions with as little as 10-15 mm of rainfall per year. This is a testament to the resilience of life even in the most extreme environments on our planet.

What information can isotopes give you about your samples? Can they tell about their origin and history?

Stable isotopes can provide a lot of information about a sample, but as scientists, we will often be looking to answer one or two discrete questions about that material. Here are some examples of the information that can be gained using stable isotopes:

As you now know, the Isotope Hunters at National Environmental Isotope Facility are active players in taking environmental investigations and understanding our Earth a step further. While waiting for the second part of this post, watch the webinar presented by Dr. Andi Smith on “Fingerprinting Sources of Environmental Pollution Using Stable Isotopes: A Focus on Nitrogen.”

To learn more about how isotope fingerprints are used for environmental cases click on the resources below:

Follow the adventure of the Isotope Hunter as he investigates the origin and authenticity of samples with isotope fingerprints. By using isotope ratio mass spectrometry (IRMS), the Isotope Hunter gains access to information on geographic region, botanical processes, soil and fertilization processes, and fraudulent practices. Are you an Isotope Hunter? Investigate here.