Of Tandems and Triples: The Start of My Journey to Understanding Mass Spectrometry 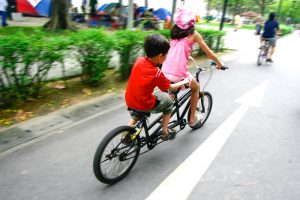 If you’re working for Facebook, you probably don’t want to publicly state that you find social media tedious. Walking around the BMW production floor wearing your “One Less Car” bicycling t-shirt might not put you on the fast-track for promotion. Well, as a marketing manager working at Thermo Fisher Scientific, you definitely don’t want to write a blog post about how you get confused when discussing mass spectrometry.

It’s not that the conceptual basis is particularly tedious or difficult, but, as with many areas that have close links to academia, there are significant initial barriers to understanding. I have a sneaking suspicion that it’s intentional. I mean, why would you call something with three quadrupoles a tandem mass spectrometer when most of us associate a tandem with two people wobbling about on a stretch-bicycle? And then why would you “simplify” the terminology by calling it MS/MS (which surely can be simplified even further to 1 by cancelling the enumerator and denominator?) Come on!

However, I’ve recently been advised to be more open-minded at work so I’m going to try to embrace mass spectrometry as part of my development plan. A good place to start would be to try to understand this whole single, triple, tandem terminology, and why a sensible chromatographer would want to pick one or the other. So here goes:

Just to give one example, let’s say you’re analysing some pharmaceuticals by HPLC for quality control, and some unknown peaks pop up on your chromatogram. Argh – not great. Now you must take that batch and run a whole suite of other tests to try and figure out what’s going on (peaks on chromatograms don’t contain a whole lot of information, especially if you’re detecting at a single wavelength). Or… you can have a simple mass detector paired with your HPLC and immediately get lots of information about each peak.

There’s a nice application note discussing this, where a number of additional peaks show up and they are identified as impurities or degradation products of the target compound.

Here’s another reason: the high level of sensitivity you can get with a mass detector. The Thermo Fisher Scientific team have demonstrated this with an application note showing how you can inject as little as 5 picograms of acetaminophen onto a column and reliably quantify it with the Thermo Scientific™ ISQ™ EC single quadrupole detector, a factor of 1000 improvement over UV detection! (Hint: the SIM signal is what you want to look at, this is where you just let ions of a single mass-to-charge ratio through to the detector). 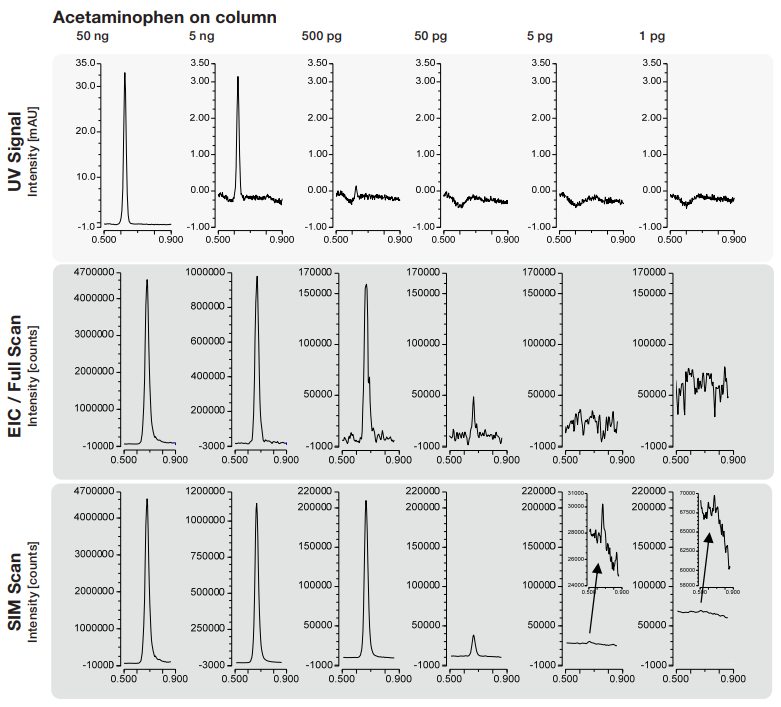 You can imagine that for someone like me (who is getting all hung-up on the terminology issues with tandem and triple-quad), knowing what settings to put for “Sheath gas pressure” or “Ion transfer tube temperature” could be a little overwhelming. But take a look at the “Easy” settings in this screenshot; even I can handle selecting whether the mobile phase is volatile or not! 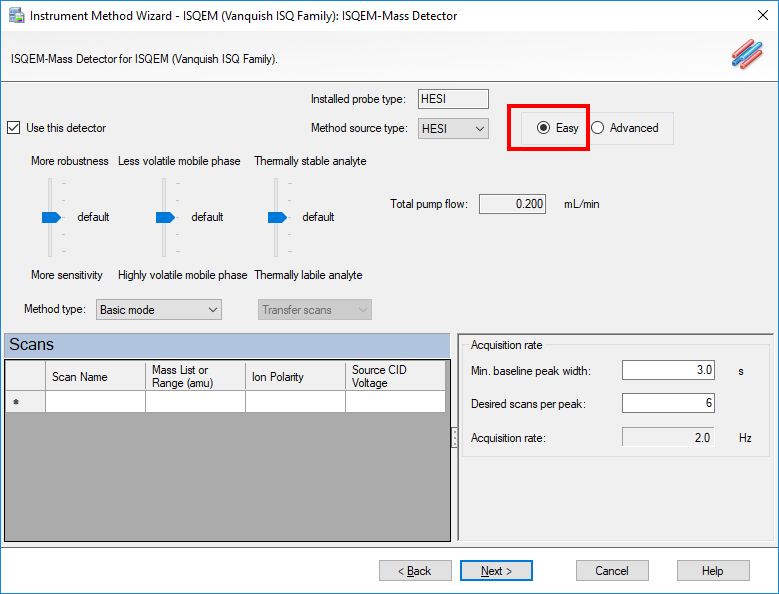 Ah, now we get to it! Well, the first thing that helped me was when I read a description that was in terms of “mass filters” rather than just quadrupoles. Single quadrupole mass spectrometers have a single mass filter (hence “MS”), and triple quadrupole mass spectrometers have two mass filters (hence “MS/MS”) separated by another part that’s used as a collision chamber. [Exasperatingly, I find out that this collision chamber is not a true quadrupole (it’s actually a “multipole”), so my suspicions that they are intentionally trying to confuse us are growing!]

Fortunately, they do have a picture for us!

With that in hand, then generally speaking, I can start to understand whether I need a single (like the Thermo Scientific ISQ EM Mass Spectrometer) or triple (like the Thermo Scientific™ TSQ Fortis™ Triple Quadrupole Mass Spectrometer). It pretty much comes down to whether you need the extra information that is delivered by breaking up target analytes in predictable places, and if you have lots of other stuff in your matrix that could interfere.

I almost feel like we should set up one of those quizzes you find in popular magazines: “Is A Triple Quad Really Right for You?” posted right alongside “Are You Dating a Narcissist?” I’m pretty certain I couldn’t get that approved, but in the same spirit, feel free to assign your own score to how important each of the following aspects are to you. Then just total up your score to reveal your true destiny (just kidding, please make sure you carefully evaluate your application requirements!).

Really, we should all make a commitment to not be put off by the terminology or reputation of some technologies. For example, mass spectrometry paired with chromatography may be just the technique that is needed to solve the analytical challenge you have. I’ll make this commitment to you right now, and you can see how well I get on over the coming months. 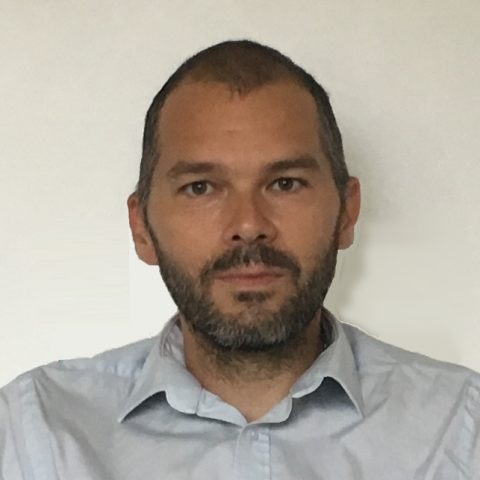