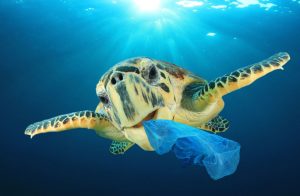 The 2019 Dioxin Conference saw the scientific community come together in Kyoto, Japan during the week of 25th August to discuss the latest research findings on dioxins, dioxin-like compounds and persistent organic pollutants (POPs). Read more about it here.

This year, the scientific program consisted of several oral and poster presentations, highlighting  the effects and behaviors of various classes of halogenated compounds on the environment, in the food chain, in the field of toxicology, and from the perspective of risk assessment officials and from an analytical point of view. It was definitely an interesting week in the hot Japanese summer!

Like previous years at the Dioxin Conference, nearly 800 attendees from all over the world gathered for the great networking opportunity. As we did  in 2018, we asked a number of experts to share their highlights for 2019. If you were not able to join the conference, here is your chance to gain insight on the most interesting topics of the conference: 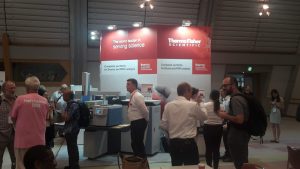 Attendees were all aligned to highlight per- and polyfluoroalkyl substances (PFAS) and chlorinated paraffins as the main compound of interest and research at this year’s conference. Microplastic, a topic of great awareness nowadays, was approached for the first time at the Dioxin conference. Finally, the difference between emerging contaminants and emerging concerns is something to consider for future analysis and research.

Per- and polyfluoroalkyl substances (PFAS)

Per- and polyfluoroalkyl substances (PFAS) are a group of man-made chemicals, including PFOA, PFOS, GenX, and many other chemicals. The use of PFAS has spread in a variety of industries since the 1940s. Many publications and research initiatives focus on PFOA as they are persistent and bioaccumulate in the environment, and can end up being consumed by humans via the food chain.

The session on Thursday was mainly dedicated to PFAS presentations, where data and research related to exposure and toxicology studies were presented. For Ettore Guerriero (CNR, Rome, Italy) PFAS was one of the most interesting topics this year. His primary focus is mainly environmental and industrial focused analysis.

The production of chlorinated paraffins  for industrial use started in the 1930s. Currently, over 200 formulations are in use for a wide range of industrial applications, such as flame retardants and plasticizers, as additives in metal working fluids, in sealants, paints, adhesives, textiles, leather fat and coatings.

Jeroen Markesteijn (Nofalab Laboratories, Rotterdam, Netherlands), who presented his lab and the importance of throughput for dioxin analysis with Magnetic Sector in various matrices (check out his presentation here) will take this important topic back to his lab in the Netherlands. Although there is currently no regulation, these can represent a serious issue for the future. Many of the presentations on Tuesday focused on the chlorinated paraffins exposure through food in samples like milk, edible oil and raw food.

Regarding environmental pollution, the topic of microplastics was presented for the first time at the Dioxin conference.

Just recently the World Health Organization (WHO) called for further investigations and assessment for microplastics in the environment and their potential impacts on human health. This document from the United Nations Environment Programme explains in detail what microplastics are, where they come from and their researched effect on the environment and human health.
Plastic debris is found in the environment in a very wide range of sizes. In the early 1970s the first finding of tiny beads and fragments of plastic, especially polystyrene, in the ocean were reported. The term “microplastics” was introduced in the mid-2000s. Today, it is used extensively to describe plastic particles with an upper size limit of 5 mm.

It is known that microparticles can be ingested by marine organisms. The presentations at the Dioxin Conference highlighted the role of microplastics as vectors for POPs, such as pesticides and polychlorinated biphenols (PCBs), and additives. Microplastics particles are shown to contain POPs and other pollutants, and since these can be ingested by marine organisms, they enter the food chain, ending up on our tables in food and beverage. This means that microplastics are likely to contribute to the bioaccumulation of POPs, causing an increased environmental and human concern.

Like microplastics, environmental pollution was one of the most relevant topics for Rodrigo Loyola-Sepúlveda (Universidad de Concepción, Concepción, Chile). After the conference he plans to focus his  research more on POPs and environmental forensics, with the aim of learning more about the origin of the pollution and the ways these spread in Chile, hoping to contribute to more data and information for the broader scientific community.

At the summary on Friday, the difference and importance of talking about emerging contaminants and emerging concerns was presented.

Emerging contaminants are synthetic or naturally occurring chemicals or any microorganisms that are not commonly monitored in the environment but have the potential to enter the environment and cause ecological and/or human health effects. Considering that these contaminants may pass through drinking water treatment systems, by-products can be generated, whose chemical properties are yet undetermined.

While emerging contaminants are yet to be shown to have a toxic effect on environmental and human health, emerging concerns are well known POPs which were researched extensively, yet toxicity levels are now regulated, and their production strictly controlled. However, especially in developing countries these can still be of concern and regulations are not yet in place to mitigate their behaviors.. According to Karell Martinez-Guijarro (Kuwait Institute for Scientific Research), in developing countries there is the need to catch up with environmental concerns about POPs, in addition to the need for more awareness on the negative effects of POPs in the population and governments. From future Dioxin Conferences he is expecting more standards and new methods for emerging contaminants in general.

Since the conference took place in Japan, and the largest number of attendees came from Asian countries, a number of presentations focused on POPs in the region, especially Vietnam.

Analysis on Brominated flame retardants were also presented at the conference, and many focused on the contamination caused by BFR in house dust and pets, and how to mitigate their behaviors in wastes at recycling facilities.

Finally, at the Thermo Fisher Scientific lunchtime seminar on Tuesday, Jane Cooper (Thermo Fisher Scientific) presented “Routine, regulatory analysis of dioxins and dioxin-like compounds in food and feed samples using a triple quadrupole GC-MS/MS system with an advanced EI source” (get the presentation here) and Jeroen Markesteijn (Nofalab Laboratories) introduced his lab and how throughput and automation for Magnetic Sector technology are important for their analysis workflows for their samples in his presentation ‘Are you being served? The benefits of DualData Acquisition in a Routine Dioxin Lab’ (read the slides here). The poster presentation from Thermo Fisher Scientific can also be downloaded at thermofisher.com/DioxinConference.

At the Thermo Fisher Scientific booth, we showcased the GC-MS Portfolio for Dioxins and POPs featuring two new solutions:

After an intense and productive week, we are looking forward to the emerging research and preparation in the field of Dioxins and POPs for the 2020 Dioxin Conference, taking place on 30th August – 4th September in Nantes, France.