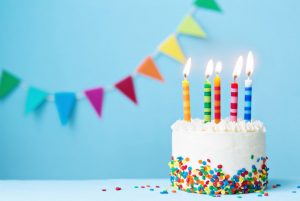 This summer sees two prominent five-year anniversaries taking place: in July 2014 the first Thermo Scientific™ Vanquish™ UHPLC system was launched, the Vanquish Horizon, and then in September 2014 I joined Thermo Fisher Scientific! You might be pleased to know though, that in this article I’m only going to talk about the former.

The July 2014 launch of the Vanquish Horizon UHPLC system was the beginning of a revolutionary period in liquid chromatography that raised the bar in separation capabilities and has continued to exceed expectations. The Vanquish Horizon was truly a revolution, compared to an evolution as this was a completely new UHPLC system, built from the bottom-up and using user input and engineering innovation to design a next-generation instrument rather than simply modifying and evolving an older platform. This gave rise to a number of new and unique operator benefits:

Obviously, I’m a little biased in my thinking, but as can be seen in this user testimonial video, the Vanquish platform really has delivered the benefits that we considered the revolutionary design would deliver. I am constantly reminded as to how a relatively insignificant change in the design has led to improved performance and tangible benefits to the user.

If I summarise the last five years, the Vanquish platform has been a revolution in liquid chromatography and how quickly the time has flown (for both Vanquish and myself). What will the future bring? We shall have to wait and see…..

Explore the Vanquish systems in more detail in this interactive tour.