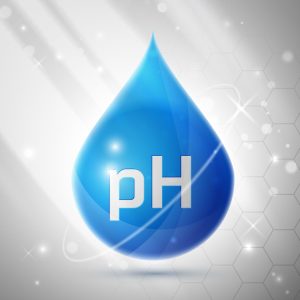 For the first 18 years of my life I had little understanding of gradients. I grew up in one of the flattest parts of the UK. In fact, it was so flat that for driving tests everyone used the same road that had a small bump at the end for testing hill starts! The North Yorkshire Dales soon taught me about gradients on the road and university about gradients in liquid chromatography.

Separation of intact proteins is routinely performed to purify proteins of interest, but also for the purpose of characterisation. With the shift over the past two decades to biopharmaceuticals from small molecule drugs, the separation of intact proteins — specifically monoclonal antibodies — has become more prevalent to manufacture these biotherapeutics. They also allow characterisation of aggregates and charge variants, for example, to ensure safety and efficacy.  A common method used for intact protein separation and charge variant analysis is ion-exchange chromatography (IEX) and the use of a salt gradient for protein elution, however an alternative method is to use a pH gradient. In this article I will compare both options and offer my recommendation.

Now for the technical part: with a salt gradient the intact protein in the case of biotherapeutics, typically a monoclonal antibody (mAb), the mAb and sodium ions (Na+) compete for the ion exchange sites on the IEX stationary phase. With increasing salt, the sodium ions out-compete the mAb for ion-exchange sites and the mAb begins to elute. However, this mAb can then repeatedly bind and elute throughout the entire column. This continuous interaction throughout the column means that the longer the column length then the better the resolution.

When using a pH gradient, the mAb binds to the ion-exchange sites on the stationary phase and an increasing pH gradient is applied. When the net charge on the mAb becomes neutral at its isoelectric point (pI) the mAb releases and elutes. Unlike a salt gradient, no further interactions with the stationary phase occur and for this reason column length has little effect on resolution.

Salt gradients are the current standard and as such most people are familiar and comfortable with using them. But is always sticking with the status quo the most beneficial? Whilst the familiarity of salt gradients is an advantage, there are some drawbacks to using them. As mentioned earlier, the greater the column length then the greater the resolution with a salt gradient, however the use of longer columns does increase run times and also leads to higher backpressures. Method development with salt gradients is generally also more complex and time consuming as a number of different buffer formulations have to be evaluated to give the optimal separation conditions. Finally, if the sample is in a high salt buffer there is the additional problem that buffer exchange will take place with the eluent at the head of the column. Subsequently, mAb binding to ion-exchange sites is prevented until the salt concentration is reduced by the eluent, effectively shortening the column length and resulting in reduced resolution.

The alternative to a salt gradient is to use a pH gradient, but in the past problems have limited their use. One issue has been the production of a linear and reproducible pH gradient. The gradient that was programmed and the one that was subsequently measured bared little resemble, were not linear or reproducible. Related to this, the making of the stock pH buffers to form the gradient is far from simple.