SCIENCE ON THE 4TH OF JULY: Celebrate Your Scientific Independence Day

A lot has happened this year and last in science. Here are a few examples of that scientific  greatness, which comes not just from intellectual prowess, imagination and good education but also is contributed to by the very way our society encourages scientific independence and endeavour:  CRISPR/Cas9 therapy in humans, immunotherapy that worked in ex-presidents, the cancer moonshot and Elon Musk’s mission to Mars, the Precision Medicine Initiative, the discovery of tetraquarks at the Large Hadron Collider and other particle accelerators implying that we fundamentally do not know what is going on in particle physics,  many exoplanets have been discovered this year, evidence that precision medicine does indeed deliver better outcomes to cancer patients, gravitational waves, Juno arriving at Jupiter… I don’t know when or where to stop. The amount, variety and sheer volume of great science in the last few months alone is absolutely breathtaking. What a great time to be alive and to love science. You will never be bored.

Science, what have you done for me lately?

I hope you will indulge me and allow me to briefly anthropomorphise science as if it was a living, breathing person. ‘Science, I have questions. Why do you do what you do? What’s it all for? Why should I listen to you?’ Science, in answer, would say something like this: ‘Let’s review. What has science done for you? I will answer your questions with my own. You spoke with someone recently; that person was tens, hundreds or even thousands of miles away. You wrote to someone using a computer of some kind who read your message a second or seconds later. You have an expected lifespan of about 80 years, perhaps twice (probably more than twice) as long as it was in the dim and distant past. How was all this possible? Guess what the answer is: science. And stop asking me stupid questions.’

Perhaps the greatest impact on the modern world (it is incredibly hard to say if this is true) has been the invention of electronic computing and subsequent to that our ability to communicate and share information remotely. Two of the people who have had the greatest impact in this sphere of independent scientific thinking, enabled by the development of our way of doing science in the western world, are Alan Turing and Tim Berners-Lee.

It is really impossible to define which piece of independent, original or outrageous thinking should be at the top of a list entitled ‘ Greatest Science that Changed the World’ or something similar, but even so I have chosen Alan Turing and Tim Berners-Lee with some care. They would certainly appear on that list. Alan Turing published his seminal paper in 1936 which invented the concept of the ‘Universal Machine’. Ten years later his detailed design for an electronic computer (which was actually built in 1950), capable of running any program and storing them in memory, heralded the birth of the modern world of computing. I am not writing this with pencil and paper. Later today I will use software to analyse data in a spreadsheet format and I will also make ‘slides’ (that harks back to the days when presentations were made on glass slides and projected on to a screen if you dear reader are young enough to never have seen this way of presenting) for a presentation I am making this weekend at the European Association of Cancer Research. Thank goodness for the computer. Something I did while preparing this article was to look on the world wide web for information! Hardly surprising you might think and perhaps not worthy of exclamation. Or is it? But that leads me to another independent thinker: Tim Berners-Lee.  Tim, pretty much single-handedly, created all the tools needed for the www by the end of 1990. These included HTTP (HyperText Transfer Protocol), HTML (HyperText Markup Language), the first web browser, the first web server, the first HTTP server software and the very first web page. Come on, be honest, did you know what HTTP and HTML stood for?  I have a confession; neither did I.

There have been many others who have contributed to our ability to crunch data and tell each other about it of course. Nevertheless, Alan Turing and Tim Berners-Lee are two that stand out. They stand out as significant contributors to this world we live in of free and easy calculation and communication.

Alexander Makarov – It’s Not a Cocktail – He’s a Physicist

My usual favourite subject to opine on is the discovery, invention and application of science and technology in medical research but it is almost impossible to pick out one or two names as having the greatest of impact – there are so many that are great. Instead, I am going to go to my other favourite subject of mass spectrometry and I will tell you a very little about a modern great, Prof. Alexander Makarov, the inventor of the orbitrap mass analyser. Alexander was born in 1966 in Irkutsk in Siberia. He moved to the UK in the 1990s to pursue his interest in mass spectrometry, first working as a post-doc at Warwick University and then moving to Manchester to work at a small company called HD Technologies, which was later purchased by Thermo Electron, which has since become Thermo Fisher Scientific. Alexander had a radical idea. He had been working on Time-of-Flight (TOF) mass spectrometry, an older, well established way of analysing mass. A gifted physicist, he wondered what would happen if ions could be stored in an electrostatic field and then detected with an image current, as in Fourier Transform Ion Cyclotron Resonance Mass Spectrometry (FT ICR MS) with the goal of very high resolution and mass accuracy. Bam! In 1999 Alexander first presented data on the orbitrap mass analyser at the annual meeting of the American Society for Mass Spectrometry in Houston, Texas. Subsequently, after moving to Bremen, Germany the first practical mass spectrometer, the LTQ Orbitrap, came to market in 2005 to much interest and acclaim, initially in the fields of proteomics and metabolomics. Alexander is still working on developments in orbitrap mass analyser design and has won a string of awards for his work.  He continues to work in Bremen but has also accepted a position as Professor of High Resolution Mass Spectrometry at Utrecht University in the Netherlands. You can watch Alexander’s inaugural lecture on YouTube. To learn more about the orbitrap you can read several Analyte Guru blogs on this site (see below) and also go to planetorbitrap.com, a knowledgebase of all things relating to orbitrap mass spectrometry. 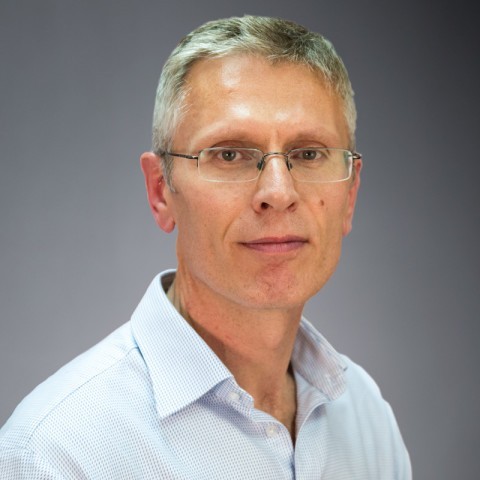