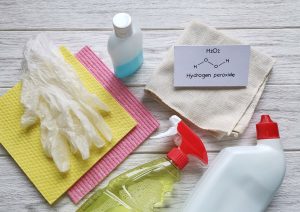 One of my earliest memories of hydrogen peroxide was at school in chemistry class where we put it on the scab of a classmate and watched it fizz and disappear. It was fascinating! Back then, health and safety were a little different than they are today! The older I got the more I realized how often hydrogen peroxide is used, mainly as an oxidizer, bleaching agent, and antiseptic, and it is found in many products used from households to hospitals.

The use of hydrogen peroxide is extensive. In our homes, we can find it in mouthwashes where it acts as an antiseptic and teeth whitening agent at a low concentration. It’s widely used in the hairdressing industry to bleach hair. Hair bleaching kits have become more available for home use, always supplied with a pair of disposable gloves (ever think about what comes through those gloves?).

Other uses for hydrogen peroxide include bleaching paper and flour. It’s also found in glow sticks to form chemiluminescence, rocket propellant, laundry detergents, disinfectant, and antiseptics used in hospitals to clean surgical equipment. Many surfaces are cleaned with products that contain hydrogen peroxide due to its efficacy against viruses, yeasts, bacteria, and spores.

Now that I have established that hydrogen peroxide is used everywhere, you may wonder I’m spending time demonstrating this point. Well, hydrogen peroxide decomposes to water, which is much more environmentally friendly and less pungent than some other oxidizers and bleaching agents:

However, hydrogen peroxide is thermodynamically unstable and very reactive!

At high concentrations it can corrode many surfaces, and when in contact with organic compounds it can form explosive mixtures. Hydrogen peroxide vapours inhaled can irritate and damage your nasal path and throat. If our skin comes into close contact with the high concentration it will oxidize our skin! Ever accidentally get a little on your fingers (at low concentration) and your skin turns all white then rinse off with water?  It slowly goes back to normal but if it is very concentrated it will corrode your skin. For such a small molecule, there are a lot of advantages but it can also cause harm if used inappropriately at an increased concentration. So, how can we monitor the concentration? How do you solve an analysis problem like hydrogen peroxide?

Are you currently finding yourself in a need to disinfect more surfaces like most of us are during this global pandemic? Want to know how to detect the residue amount of hydrogen peroxide from surfaces? With electrochemistry using high-pressure anion exchange (HPAE) with pulsed amperometry detection (PAD), partnered with the right working electrode (conventional or disposable), you can measure the current generated by the hydrogen peroxide. This then allows us to quantify it in order to better understand if it’s being used in an appropriate, safe concentration.

To find out more about hydrogen peroxide analysis > http://tools.thermofisher.com/content/sfs/posters/PN-70967-Hydrogen-Peroxide-Detection-IC-Electrochemical-Detection-PN70967-EN.pdf 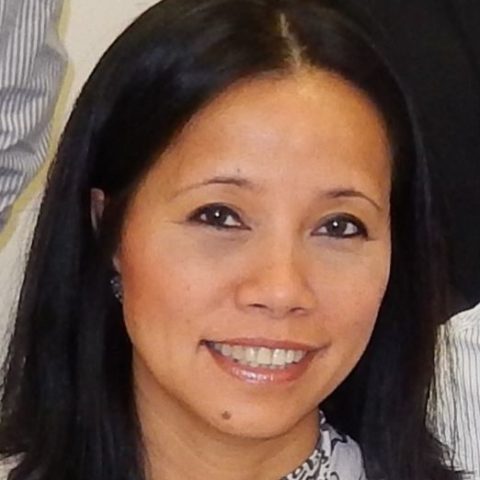