The Diary of a Pharmaceutical QA/QC Analyst, Aged 35 ¾ 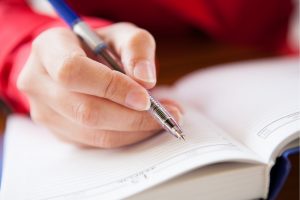 This diary belongs to Tom, I’m married with two small children aged 5 and 7 and work in the QA/QC department of a medium-sized pharmaceutical company in the UK. This year, I’ve decided to keep a diary so I can look back at the end of the year and see some of the good and bad things that have occurred and any patterns to improve in 2021.

Monday started well, I had a relaxing weekend with friends and the family and thankfully Dry January is over! Remarkably easy commute to work (I thought the school holidays were next week) and that is basically how the day progressed. An average number of samples to process today by LC-UV and thankfully no problems so all done and dusted before 5 pm. Spent the last 15 minutes before heading home preparing for tomorrow and doing a thorough flush and shut down of the HPLC. Another easy commute home, so able to eat with the children and assist in the bedtime routine.

You could tell it was going to be one of those days from the start. I struggled to get out of bed as it was so dark and cold, children were tired and tetchy, so I was late dropping them at pre-school club. That meant I hit traffic and was ten minutes late for work; Theresa, the lab manager, was not impressed and this is the last thing I wanted as I have my performance appraisal with her next Friday and need to keep my career moving forward. Good job I had flushed through the HPLC last night and was ready to go quickly as a lot of samples today. One hour in though and disaster struck: in my haste to get started, I did not check the solvent levels, I ran out of buffer B and the sequence aborted. I was at coffee at the time so by the time I had realized and set-up the sequence again I had lost over an hour. With the downtime and number of samples, I left work at 18:15, got home late, missed the kids’ bedtime and five-a-side football. I hope tomorrow is better…

Today started much better than yesterday, or it did until I ran into Theresa; she seemed a little stressed as she had learned of an upcoming audit and the number of samples we’ve been asked to analyze over the next couple of weeks has really skyrocketed. Really pushed through the samples today, thankfully no mishaps or downtime today, just reduced breaks. I managed to get 10% more samples done by just being more efficient in what I do with my time and still clocked off on time!

Theresa said we must try and get through another 15-20% more samples to be able to keep up with demand – I do think she has exaggerated this a bit, but perhaps she is just building in a bit of leeway in case of the unexpected. She is questioning everyone a fair bit though today as it seems there a few gaps in the audit trail and some sequences have been altered, but no-one knows by whom! My morning was uneventful, but then disaster struck; I had to change the seals in the injection valve of the HPLC. Soon after I was up back and running then I noticed that my separations were not great as the retention times were shifting. I think it was a fault with the system so I called an engineer and spent the remainder of the day calibrating and validating the spare HPLC instrument we have. Theresa was not happy; instead of increasing sample throughput 15-20%, I had managed to reduce mine by about 50%.

Valentine’s Day! Booked a nice restaurant for the wife and I tonight at 7.30, babysitter organized and taxi booked. Determined to up the throughput today and put me in a good light for the impending performance appraisal. Didn’t quite go to plan, though. It wasn’t simple to get the same method working identically on the original and spare HPLC, even though they were technically the same (I think): the separation was just a little off. I spent a couple of hours trying to get the method transferred, but finally gave up as the original system had been fixed (problem with the autosampler apparently) so I went back to using this after re-calibrating. I was then massively behind schedule and a backlog of samples to process. Theresa required us to hit our targets for the week so that manufacturing could release the batch, so nothing for it but to work late to catch up. I thought I could get the samples done with time to spare to make the restaurant, but I miscalculated the traffic on Friday evening. Left work at 6.45, but didn’t get home until 7.35. Got to the restaurant at 8.15 and they did manage to squeeze us in in the corner. Wife was not impressed, I think I have some making up to do over the weekend. Worrying a little about Monday and what I have to do.