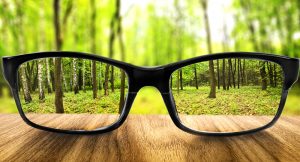 Until recently these analyses have been the domain of time-of-flight (TOF) mass spectrometers, due to the ability of this analyzer type to determine masses of very high mass-to-charge ratio (m/z).

Systems conventionally required specialised configurations and conditions to ensure large ions were de-solvated efficiently in the source, transported through the mass spectrometer with adequate transmission efficiency, and detected with acceptable selectivity such that all relevant protein isoforms can be differentiated and identified.

TOF systems used for this work typically required expert tuning to achieve acceptable results; however many systems suffered robustness in source de-solvation and lacked spectral resolution to separate key proteoforms. TOF-based systems could provide average intact and native mass, but features such as glycoforms were lost in the spectral noise – TOF could see the forest, but not the trees.

Consequently, significant efforts were made in the development of extended mass range Orbitrap-based mass spectrometers for the characterization of intact protein assemblies. In 2012, a prototype Thermo Scientific™ Exactive™ Plus EMR system was used by Rose et al., to determine measurement of various protein assemblies with “outstanding mass-spectral resolution.”

Data on the Orbitrap-based system represented a “notable improvement over those obtained with TOF instrumentation.” TOF data was only able to determine an average m/z result for large m/w proteins; whereas data obtained using orbitrap-based MS was baseline resolved; which even allowed determination of binding events on these large proteins. The improvements in spectral resolution on Orbitrap meant a new level of structural insight could be gained, even to the level of studying small molecule interactions with megadalton proteins – studies that were previously unimaginable using TOF.

High mass analysis Orbitrap-based MS development didn’t stop there; in 2017 Thermo Fisher Scientific launched a BioPharma Option for the Thermo Scientific™ Q Exactive™ range of mass spectrometers. This enabled a high mass mode for determinations up to 8,000 m/z, opening the door for simple, robust, and high spectral quality intact mass analyses of mAbs. Not only did this provide exceptional data to drug developers, it also came with a simple and robust set-up procedure that made acquisition of data under native-like conditions as simple as acquiring a peptide map.

Drug researchers like OMass, LifeArc and Symphogen were quick to adopt this technology in routine.

“The system gets tuned and calibrated once a week. It’s incredibly stable and easy to set-up.”
Dr. David Tickle, Senior Principal Scientist, LifeArc

Symphogen on TOF vs. Orbitrap

Users were able to run native-MS every day, and generate data with spectral quality so superior that they are now able to achieve full intact protein glycoform determinations in 15 minutes using Orbitrap-based analysis. This was a process that conventionally required complex sample preparation and chromatographic fractionation routines when using TOF based detection.

“The thing that struck me is the difference in quality of data when comparing TOF vs Orbitrap data.”
Dr. Dan Bach Kristensen, Principal Investigator, Symphogen

When it comes to intact and native mass spectrometry average mass is no longer enough. Structural insights are only provided when isoforms are easily differentiated and can be confidently determined. Orbitrap-based mass spectrometry delivers.

“Thermo Fisher has made a major contribution to native mass spectrometry in recent years. In the past we couldn’t get resolution of very large protein complexes with few charges. This was a real stumbling block for us. We have benefited from recent developments in native high-resolution mass spectrometry. We didn’t realize what we weren’t seeing before.”
Professor Dame Carol Robinson, Chief Scientific Consultant, OMass Technologies