What are the main issues facing a separations scientist? 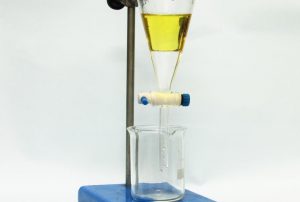 Over the years I have used many of the different separation techniques available: gel electrophoresis, both 1D and 2D (do I get bonus points for also doing 2D gel electrophoresis with tube gels in the first dimension? I think I should!), capillary electrophoresis using microfluidic devices and chromatography. Can I also count differential centrifugation? So, like you, as a separations scientist, I have tried and have a number of separation technologies available. However, whichever technology is used, there are common dilemmas facing separation scientists. Here I look at some of the main issues you and I face.

These are just the main separation dilemmas we face, but which separation technology could overcome these? My belief is that chromatography, specifically liquid chromatography, has the capability to address many, if not all, of these issues.

Liquid chromatography offers high throughput and a lower cost per sample in many ways. Firstly, by switching from HPLC to UHPLC you can increase throughput and minimize solvent usage. Secondly, the recent introduction of the Thermo Scientific™ Vanquish™ Duo system has enabled novel productivity workflows such as Dual LC and Tandem LC and LC-MS for higher throughput. Reproducibility and robustness are inherent in modern HPLC and UHPLC systems, and coupled with a Chromatography Data System (CDS) software further increases automation and removes variables which can be introduced by human manipulations.

Liquid chromatography is easily hyphenated to many different detection technologies which allows you to use the most effective detection mechanism for your application and gain the sensitivity you require. For example, liquid chromatography is easily hyphenated with mass spectrometry which is highly sensitive, but also gives confirmation and identification of analytes. In addition, many detectors also show bias to certain analytes or cannot detect certain analytes at all. A useful addition to HPLC is the Charged Aerosol Detector (CAD). This offers near universal detection of analytes, irrespective of chemical composition as well as relative quantitation without the use of reference standards so you can be sure you are not missing components in your sample. Resolution in liquid chromatography can be increased relatively straightforwardly by increasing column length or coupling columns together. Additionally, the selectivity can be modified by using different solvents, chemistries and thermostatting conditions. Other separation techniques are somewhat limited in that the chemistry cannot be modified and there are limited options to increase the separation distance.

However, what I believe separates (excuse the pun) liquid chromatography from other separation techniques is its flexibility. It has the ability to separate an enormous range of varied compounds and the technology is modular so you can adapt your system to almost any requirement to adjust the throughput, sensitivity, detection capabilities, etc.

In summary, after trying most separations techniques during my career at the laboratory bench, I am of the belief that liquid chromatography is the most flexible and versatile of all of these and the technique that solves most of the dilemmas faced by separation scientists, but I would appreciate your thoughts and opinions in the comments below. One thing I am certain of, though, is that everyone, at some point in their scientific career, has to experience the joys and frustrations of hand casting a polyacrylamide gel!